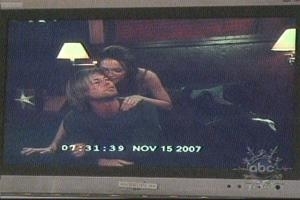 In light of the sweeps schedule for this year, the scheduled dates for the new March Sweeps will run from March 5 to April 1. Please note, the next sweeps, what we’ve always referred to as May Sweeps, will remain the same and run from April 23 to May 20.

Due to an upcoming February 17, 2009 scheduled interference from a federally authorized changeover from analog to digital broadcasting, Nielsen Media Research has announced that what we normally consider our soap’s February Sweeps will now come in March, starting in 2009!

We’ve all seen the commercials warning viewers who still use antennas to get their daily television fix that come February 2009 they will be forced to either head out and buy the latest up-to-date television or make a quick stop into their cable provider to obtain a special analog/digital switching converter – and this is no joke! Should you decided to wait it out to see if what they are saying is true, feel free, but you’ll miss your favorite programs, which will be replaced by that all-irritating blank screen!

Have you ever wondered how the ‘sweeps’ came to be? Well, all television sweeps are boxed off into quarterly sweeps – with February, May and November sweeps being the most popular among soap fans. During this time of year, Nielsen sends out what they call ‘paper diaries’ to a select number of households in markets that are considered to be immeasurable by its meters, reason being these markets are often too small. They then use their findings to determine the best advertising times when the most people are watching the shows.

Soaps.com wants everyone to know that no matter what device you use to watch your soaps, we’ll be here in case you can’t catch them during this scramble to your neighborhood electronics store or to your cable provider! Because in the end, February Sweeps, March Sweeps, whatever, we’re here for them all!