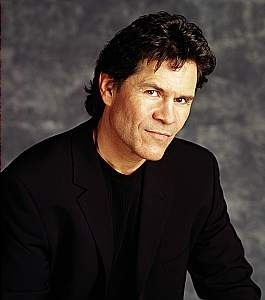 We promised we’d update you with a date for A’s Lifetime movie premiere, and we’re happy to inform all of his fans that “Little Girl Lost” will air on Sunday, August 17, 2008 at 8:00 PM EST on the Lifetime Movie Network! We couldn’t be more happy for A, especially with the recent news that he’ll be coming to One Life to Live as Ray Montez in August!

Wow, the words Santa Barbara and A Martinez (Cruz Castillo) really bring back some great memories of the 1993 canceled soap. Although we’ve seen A Martinez throughout the years pop up here and there, we’re about to get a glimpse of the sexy actor in the new Lifetime true story “Little Girl Lost: The Delimar Vera Story.”

This touching movie will give a glimpse into the struggles faced by Luz Cuevas. After thinking her daughter died in a Philadelphia apartment fire, Luz spent six years grieving that her little girl was gone forever. However, in a shocking turn of events, Luz ends up seeing her daughter at a birthday party – alive! While A Martinez will play a city councilman who fights to bring mother and daughter back together, others cast in the movie include Judy Reyes (Luz) and Ana Ortiz (a relative of the family’s).

Since leaving Santa Barbara in 1992, A Martinez has appeared in such roles as General Hospital and Port Charles’ Roy Dilucca from 1999 to 2002 (playing opposite Jackie Zeman (Bobbie Spencer), Cruel Justice, The Law and Mr. Lee, Once Upon A Wedding, Jag, CSI: Crime Scene Investigation, Raines, Born In The USA and Viva Laughlin – just to name a small few! He even released a CD in 2003 titled “Fragrance and Thorn!”
Fans can look for A in “Little Girl Lost: The Delimar Vera Story” to air on Lifetime some time later this year. We’ll be sure to keep you posted with the dates! If you’d like to visit A to see what he’s been up, fans can do so through his Official Website!

Soaps.com can’t wait to see A on the screen again. And who knows, maybe we’ll even be lucky enough to have him come back to soapland some day!

Stars To Attend POZ's Bacharach to...