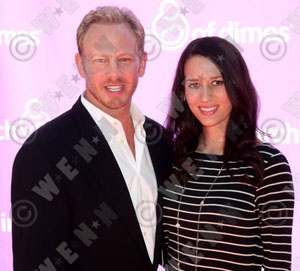 Easter Monday, April 25, Ziering and wife Erin Ludwig welcomed baby girl Mia Loren into the world weighing 7 pounds 6 ounces. The happy couple reported Erin was expecting a baby last November. Of the baby name Mia, Ziering was said to have wanted to name his daughter after his deceased mother, Micki.

Ziering reported on his Facebook page, “Well, it’s official, I’m a dad! As I sit holding Mia, Erin sleeps the most beautiful sleep.” Just a few hours ago, the 47 year old proud papa tweeted, “Nothing can prepare you for holding your own child for the first time. You just smile even while you’re getting pooped on.”

Most will remember Ziering as wealthy spoiled Steve Sanders from “Beverly Hills, 90210” but some may have caught him on “Guiding Light” portraying popular Cameron Stewart from 1986-1988. If you recall, Cameron dated Dinah Marler (Paige Turco) off and on and eventually ended up following her to Paris in 1989, where we assume he still resides. Ziering on the other hand, has been keeping himself busy with Dancing With The Stars and has had roles in many television series such as “CSI:NY,” “Spider-Man,” and “Biker Mice from Mars.”

Congratulations go out to the first-time father from Soaps.com. 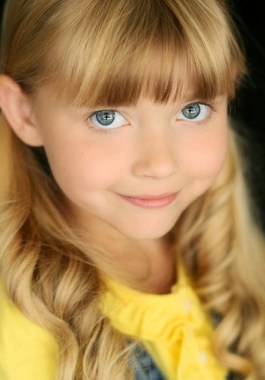