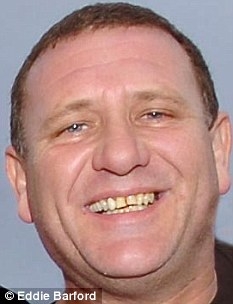 The ex-“Brookside” actor is charged with the murder of a bouncer.

Fifty-three year old British actor Brian Regan played Terry Sullivan, Barry Grant’s sidekick in the now defunct soap opera “Brookside,” for 14 years. The actor allegedly shot and killed bouncer Bahman Faraji, 44, with a shotgun outside of the Belgrave Pub in Aigburth, Liverpool on February 24, 2011. The bouncer was known as “Batman,” and heavily connected to the underworld, while working at several nightclubs. It is thought that “Batman” was a victim of a targeted attack, and that a getaway car sped off after the shot rang out.

The actor appeared in court today with 42 year old Lee Dodson, who is also charged with murder. According to The Guardian, both accused only confirmed their names and addresses before being remanded back into custody until the preliminary hearing at Liverpool crown court April 18.