The Bold and the Beautiful), GL and now Jake Martin,All My Children), Christian LeBlanc (Michael Baldwin, The Young and the Restless), Jacob Young (J.R. Chandler, All My Children), Jay Johnson (Philip Kiriakis, and Nadia Bjorlin (Chloe Lane Brady Black) Days of our Lives Days of Our Lives). Oh, wait. That only counts 11 stars. Visit Soaps.com again within the next day or two with an update about who else is coming, from all your favorite soaps! (Updated August 2008 with changes to roster.)

Feb. 29, Murray Bartlett (Cyrus Foley) Guiding Light has just jumped onboard and will also be attending the cruise!

June 2, 2008, Although One Life to Live's Forbes March (Nash) was originally supposed to attend this year's soap cruise, Kamar de los Reyes (Antonio) will be attending in his place!

Stay tuned for Soaps.com's contest to win a trip to Soap Cruise 2009, hang in there and we'll give you the low down on what types of activities are planned for the trip and of course return for an update on the names of the other soap stars who will be cruisin' with you!

Feb 21, Ready to reserve your cabin? Prices apply as follows...

Please keep in mind, all prices include port charges, taxes, gratuity, entertainment, and admission to all soap events! Don't wait another second! Visit Soap Cruise's Registration Page for all the specifics and reserve your spot today!

Feb. 29, Just an update - Only the first 100 guests can attend the VIP breakfast. However, you better hurry and reserve your tickets because entrance to that event is almost sold out! Visit our Video Section to view clips from the 2007 Soap Cruise VIP breakfast to see just what fun you'll miss if you don't get to attend!

That should be enough to whet your appetite and get you in gear to wander over to Soap Cruise Official Site to register for your trip!

Just got word today from our friends from Soap Cruise about what else you can expect while on the cruise this year! Though we had a fabulous time last year, we have found that Celebrity Cruises, who we'll be cruising with in January, give that added extra touch with their guests that other cruise lines don't! In fact, the all-inclusive, fresh, gourmet meals promise a world-class dining experience. There is an abundant amount of entertainment and activities, such as casino gambling, the tranquility of the AquaSpa, the fitness facility, movie theatre, live entertainment and enrichment programs. There also are numerous bars and lounges, such as a Martini and Champagne bar, and a sushi bar in the Casual Dining Boulevard, complete with made-to-order pasta and pizza stations and a variety of delectable buffet and table side service selections. Which will you select? Where will you be dining?!

Don't forget, get your tickets soon, before they start running out! I should also mention that while the soap actors have agreed to participate in this fun filled event, our friends at Soap Cruise state..."A celebrity's involvement is subject to change due to professional obligations out of our control." 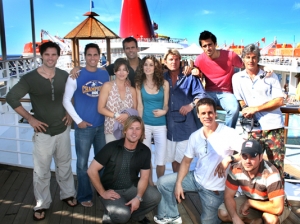 In 2007 hundreds of fans cruised with several of daytime’s sexiest stars. They had such a great time cruisin’ with daytime’s best that they begged for a second voyage. Their begging and pleading has been heard and now those fans who cruised with us on Soap Cruise 2007 will be able to return on a second journey that we think will be even more fun than the first annual!

Last year, fans enjoyed meeting the actors, getting photos taken with them, having snacks and drinks with them at the cocktail party, playing a soap trivia game with them, playing soap actor bingo and acting out in their personally created scripts! No other event will give you this much access to the soap stars!

Starting Thursday January 22 – Monday January 26th, soap fans everywhere can be congregating in Miami to meet with 15-16 of daytimes hottest stars. They’ll board the Celebrity Cruise line, “Century”, where they’ll spend four glorious days with stars from Days of Our Lives, All My Children, The Young & Restless, General Hospital, As the World Turns, Guiding Light, One Life to Live and The Bold and the Beautiful! As any daytime fan who went on the first annual soap cruise will tell you, last year’s Soap Cruise was the best vacation that they have ever had. From all the inside scoop I’ve received about the cruise, next year will be even better than the first!

Fans, you’ll be cruising out of Miami to the Florida Keys, where you’ll be able to spend the day sunning, finding your own adventure, shopping or hanging out at the various pubs. From the Keys, you’ll enjoy a trip to Cozumel Mexico where more adventure, sun and sand await, then you’ll relax with the stars all day on Sunday and arrive back in Miami Monday, glowing with the thrill of a one of a kind vacation!

Participate in various activities with soap stars, get up close and personal with them, have your photos taken with them, chat them up at parties, get their autographs, a Cocktail Party, a Soap Trivia Game, a chance to create a soap script and act it out with the stars, plus many other activities! Experience what it’s like to hang out with a star, like you’ve never done before.

Soaps.com is patiently awaiting the go ahead to post more information about exactly who’s coming on the cruise with us and exactly what we’ll all be doing together! Because, of course, Soaps.com will once again be on board the cruise to give exclusive scoop, and report to you afterwards! 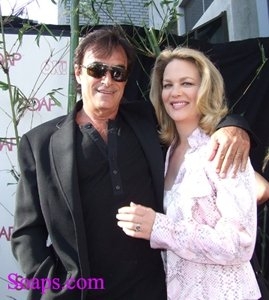