Soap Stars In House Of Usher! 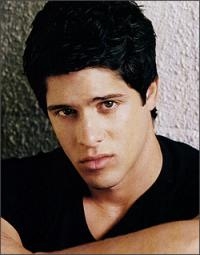 In this day and age you never know where your favorite soap star is going to show up… at a charity, in a commercial or in a film! For all you As the World Turns and Days of Our Lives fans out there, you’re about to get a real treat!

Actors Michael Cardelle (ATWT’s ex-Rafael) and Frank Mentier (Days’ Jed) will appear in the second installment of the Edgar Allan Poe series POE Pictures! Titled House Of Usher, and produced by John Schouweiler, the film called it a wrap back in October 2007 and expects to have a featured release date sometime in March of 2008. While Frank will play the lead as Roderick Usher, Michael will take on the role of Victor. Also set to appear in the flick is Jaimyse Haft (Madeline), and Jill Jacobson (Nurse Sherri).

Aside from his current role on NBC’s Days of Our Lives, this is Frank Mentier’s first film. However, prior to his first daytime gig, he modeling in both Michigan and Los Angeles with such companies as Wilhelmina, Abercrombie & Fitch and Abercrombie Kids.

Though Michael Cardelle appeared on CBS’s As The World Turns in 2005, he starred in Jamaican Hotel in 2006 prior to his role in House Of Usher.

Soaps.com wants to congratulate these two on their roles! We look forward to seeing you both hit the big screen and can’t wait to watch the film!