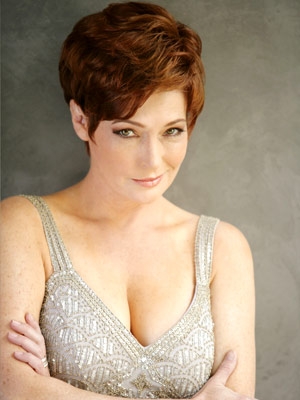 Come out and meet the actresses!

Eileen will not be appearing at the April 8 and 9 events due to a production scheduling conflict at The Young and the Restless.

Saturday April 9 will bring fans a public event where Eileen will autograph her books from 11.00 AM to 2.00 PM. The cost will be $5.

From April 6 to 10, the 28th Annual RT Booklover’s Convention, which will showcase over 400 well-known authors, will arrive at the Westin Bonaventure Hotel in Los Angeles, California, where Daytime fans will be able to meet some of the ABC, NBC and CBS soap actresses and one former head writer who’ve added author to their resumes.

The Soap Star Ice Cream Social will feature General Hospital’s Jacklyn Zeman (ex-Bobbie) and Carolyn Hennesy (Diane), former Days of Our Lives’ Head Writer Sheri Anderson, and The Young and the Restless’ Eileen Davidson (Ashley). The ladies will be on hand to meet their fans and autograph copies of their books.

For more information on times, tickets and how you can attend the event, please visit RT Book Reviews.

If you missed our interview with Eileen, where she talked about one of her books, please visit Soaps.com Talks With The Young and the Restless's Eileen Davidson. We invite you to join Soaps.com on Twitter @soapoperafan and "like" Soaps.com on Facebook to dish on all other soap operas, Glee, Grey’s Anatomy and Vampire Diaries!