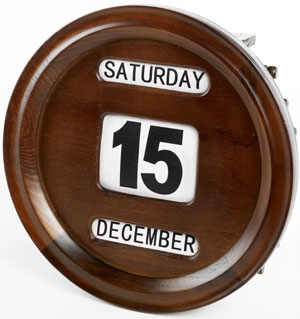 Solidifying her status as a daytime icon by playing Felicia Gallant on “Another World” for 17 years, Linda Dano has remained a strong presence in the soap world long after the show ended its run. Aside from the beloved classic, Ms. Dano enjoyed a crossover role as Rae Cummings on all three ABC soaps, completed a short stint as Lena Kendall on Guiding Light and has contributed to other soap related outlets.

However, soaps aren’t all Linda is about. As I discovered when I recently spoke with her, Linda has her plate full with other creative outlets. Catching up with Ms. Dano after her attendance at the Dennis Basso Tent Show for New York Fashion Week, Linda filled me in on her new home accessories line, as well as her passion project, Support Partners Program.

After designing a fashion accessories line for 11 years for QVC, Linda took a break from it when her husband Frank died from lung cancer in 2004. She’s recently come back to the home shopping channel though, but with a different kind of line. As she explained, “I sort of just hid in the closet for a little while [after her husband passed away] and QVC asked me to come back and I said, ‘I really don’t want to do fashion anymore,’ and they said, ‘Well, how about home?’ And I went, ‘Oh. Okay!'”

Having already designed Barbara Walter’s office, Joy Behar’s apartment, rooms at “The View” and other non celebrity homes, Linda decided to take the network up on their offer because, “I love doing that facet of design and so I said, ‘That would be fabulous!'”

With her line up on QVC’s website and having done a couple shows on air already, Dano is enjoying her new creative endeavor. “It’s been fun to create it and see the response to it. I’ve only done two shows, so I’m seeing what they like and what they respond to,” she explained. Linda also shared that the response to her line has been nothing but positive stating, “I’m very pleased that they’ve responded so well and there’s every indication that it’ll just get bigger and better and I’ll get to do more things. It’s a very exciting time.”

Describing her collection as Traditional English Country, Linda names her Regency Style Bench, Botanical Print and Calendar Clock as some of her favorite pieces. Appreciating the accessories she designs is particularly important to her, as she told me, “I always said when I did anything for QVC, whether it be fashion, or now the home accessories, I didn’t make it unless I would use it. It needed to have that. It needed to be something that I wanted and couldn’t find anywhere. So that’s sort of become my mantra if you want to call it that.”

Considering her background in fashion, Linda approaches designing home furnishings the same way she does clothing accessories. “To me the same rules apply. If you’re dressing yourself, you can’t wear every color in the rainbow, you’ll look like a clown. The same thing applies to the house. You pick three colors, tops four, and that’s it and you stay with that.” She continued, “Also, in fashion you can’t wear everything, no one can. You put me in ruffles and I look like a fool. The same thing applies to a home. I love many different styles; many different kinds of collections. I like a lot of things, but I can’t have everything in one house. You just can’t.”

While she is thoroughly enjoying her new endeavor that keeps her plenty busy, Linda is also preparing to speak at seminars across the country on behalf of Support Partners Program, which provides practical help for people diagnosed with major depressive disorder.

Familiar with the illness that affects millions of Americans, Linda found herself in a deep depression after losing her husband of over twenty years and her mother within nine days of each other. "I went, you know, in a deep state of mourning and my life changed as I knew it," she shared. Linda also explained that her depression manifested itself into physical symptoms, "I had back pains, pain down my legs, I couldn't sleep. The worse part was when I would wake up in the morning; the one thing I wouldn't want to do was get out of bed. That's classic depression."

Linda credits her three close friends with saving her, as they went out of their way to support her in whatever way they could. She went on the Tony Danza show to share her story and Eli Lilly, who sponsors the Support Partners Program saw her and contacted her. As both the program and Linda promote reaching out for help, Linda was the perfect candidate to be their spokesperson.

Committed to the idea that depression should be treated like any other serious condition, Linda shares her story because, "Millions of people are suffering from this illness and a lot of them think that nothing can be done for them and I'm trying to show that there are things you can do with the help of a doctor."

Linda will be in San Diego on February 11th, Jacksonville on February 20th and Chicago on March 19th to tell her story and share how she got help. The seminars are free, as are their pamphlets, which can be downloaded off their site at Support Partners Program.

As for her continued support of the soap genre, Linda explained that soaps remain close to her heart because, "I lived a long life in daytime. They were my family and I loved so many people that are involved still with daytime." When it comes to "Another World" in particular, Linda gushed, "It was a great show and I'm really thrilled and honored that I was part of it for so long. After having done so many other shows now, I can look back on it and think, 'Wow we were pretty good!'"

She still keeps in contact with and watches her friends on both New York and California based shows and says that while the genre is having its share of difficulties, "I'm just hopeful that it will somehow get better and fans will come back to the medium. It will be a sad day to see it all go away and I think it will be a long time before that happens."

While she "never says never," Linda isn't actively seeking out a return to daytime, but would like to pursue another film role, especially after enjoying her experience in "Reservation Road." "I thoroughly enjoyed being on the set, on location and it was great fun. I'd like to do that again."

Wherever Linda turns up next, she will most definitely be a welcome sight!

Soaps.com would like to thank Linda for our lovely conversation, for sharing her personal story and for the free decorating tips! For updates on her QVC line and other information on Linda Dano go to Linda Dano.com.

Soaps.com Talks To Soap Actors About...