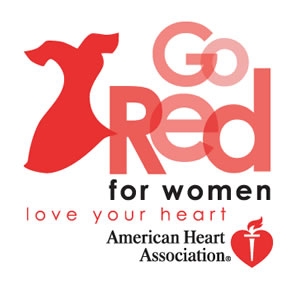 Starting February, which is American Heart Month, fans of All My Children, General Hospital and One Life to Live will witness their favorite ABC soaps pulling together and incorporating heart awareness into their storylines – and during the daytime commercials that surrounded them!

With Heart disease being the leading killer among women, Campbell’s Soup and ABC have teamed up in hopes of reaching millions of women around the world. What better way to reach women than through their soaps! No matter what ABC soap you watch, here’s what fans can look forward to during the month long campaign…

Those who tune into All My Children have already heard the mention of Campbell’s soap and can expect a charity event funded by the well-know soup maker to spread the word through Pine Valley for the cause.

For those General Hospital fans out there, (TEASER ALERT!) although we can’t tell you who, ‘someone’ will experience the effects of heart disease firsthand in Port Charles by falling victim to a heart attack.

And for the One Life to Live viewers out there sit back and watch as rivals Viki Davidson (Erika Slezak) and Dorian Lord (Robin Strasser) co-host the “Go Red Ball,” which promises to not only bring the cause to the front burner but also bring along many of Llanview’s secrets with it!

On a non-soap note, you might want to tune into ABC’s “The View,” as the ladies plan to discuss the deadly disease throughout the month and wear red to show their support as well this Friday.

Daytime stars are known for their generosity when it comes to charities and public awareness. In fact, it was only last fall when NBC’s Days of Our Lives took part in the “Green Is Universal” campaign. So, you ask, what can you do to help? Make Campbell’s soup part of a healthy diet, wear red to show your support for American Heart Month and as always tune into your favorite daytime soaps!