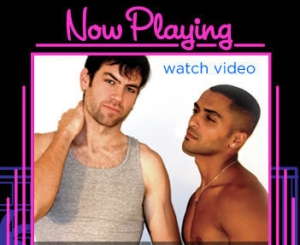 While our nine current soap operas have treaded on the subject of gay relationships, in this day and age, we feel more of an effort should be made to bring the public into the reality and normalcy of such storylines. The L.A. Gay and Lesbian Center has taken a stand with a plan to not only bring the public into their world but to create an awareness to promote safer sex for all!

In their latest HIV prevention/education campaign, the center will offer “In The Moment” webisodes surrounding the lives of five gay men who will occupy the same apartment building. We’ll not only be able to observe how they intertwine their lives, their thoughts and decision making skills where their sex lives are concerned, readers will also be able to comment and take part in online discussion forums as a way to incorporate their own personal thoughts or experiences.

There will be twelve webisodes featured and viewable at WeHoLife. In the first readers will be introduced to a scenario exhibiting one’s lack of ‘safe sex’ to which their partner quickly interjects the importance of practicing ‘safe sex’, leaving the playing field open for readers to comment with their own beliefs, share their past experiences and come together with other posters with the hopes of spreading the word to always be safe!

Instead of just encouraging everyone to have safer sex, this City of West Hollywood funded project will provide a more comfortable and entertaining way for anyone who chooses to be a part with the same goal in mind – To make a difference! While everyone is welcome to openly take part in the online discussions, for those who feel more comfortable remaining anonymous that’s conveniently allowed as well.

Although our current daytime soaps are always touching base and dealing with teenage pregnancy, infidelity, and numerous other storyline plots, it’s refreshing when soaps, such as As the World Turns in their Luke and Noah coupling, allow us a peek at the ‘other side of the coin’, if you will… We believe if more shows took the leap to incorporate gay lifestyles in their storylines it would open the minds of that portion of its viewing audience who still have trouble dealing with such ‘real’ and ‘normal to our time’ situations. However, in the end, everyone will benefit from ‘being safe’… And if you throw a little ‘open-mindedness’ into the mix, you may be surprised at how similar your life is to that of your fellow gay friend’s.