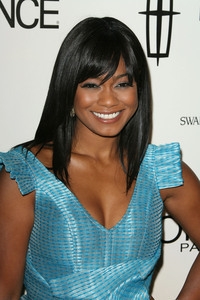 Soaps.com congratulates All My Children’s Darnell Williams (Jesse) and The Young and the Restless’ Tatyana Ali (Roxanne) who took home this year’s NAACP award.

This year’s 42nd Annual NAACP (National Association for the Advancement of Colored People) Image Awards nominations have just been released, and Soaps.com is excited to bring our readers the list of those actors of color who are being recognized for their exceptional achievements and performances in Daytime television.

Here’s a look at the Daytime nominees, which will be given live on air for the first time:

Soaps.com congratulates all of the nominees! Look for the awards to air on March 4 at 8.00 PM on FOX. Are you happy with the nominees? Vote in our poll to let us know…

Feel free to visit our Coverage Section for details surrounding this year's Daytime Emmy Awards. We invite you to join Soaps.com on Twitter @soapoperafan and "like" Soaps.com on Facebook to dish on all soap operas, Glee, Grey’s Anatomy and Vampire Diaries!