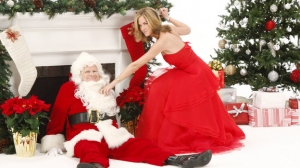 We wanted to bring this forward as a reminder. Happy New Year’s!

The holidays are rapidly approaching, which means there will be a few soap opera pre-emptions for Christmas and New Years.

CBS’ The Bold and the Beautiful and The Young and the Restless will air new episodes on Thursday. While B&B will air a new episode on Friday, Y&R will air a repeat of Michael Baldwin’s “It’s a Wonderful Life” episode on that day.

NBC’s Days of Our Lives will air new episodes on Thursday and Friday.

CBS' soaps will air new episodes on Thursday but will be pre-empted on Friday.

NBC's Days of Our Lives will air new episodes on Thursday and Friday.

All soap operas will be back on Monday January 3 to continue normal programming. As always, please check your local listings for pre-emption airings in your area.

Soaps.com wishes all of our readers a happy holiday season! If you haven't already viewed our look back at some holiday storylines visit the Top 12 Most Memorable Soap Opera Christmases.

If you're looking for something to watch over the holidays check out the 2010 Holiday Specials. We invite you to join Soaps.com on Twitter @soapoperafan and "like" Soaps.com on Facebook to dish on all of the soap operas, Glee, Grey’s Anatomy and Vampire Diaries!