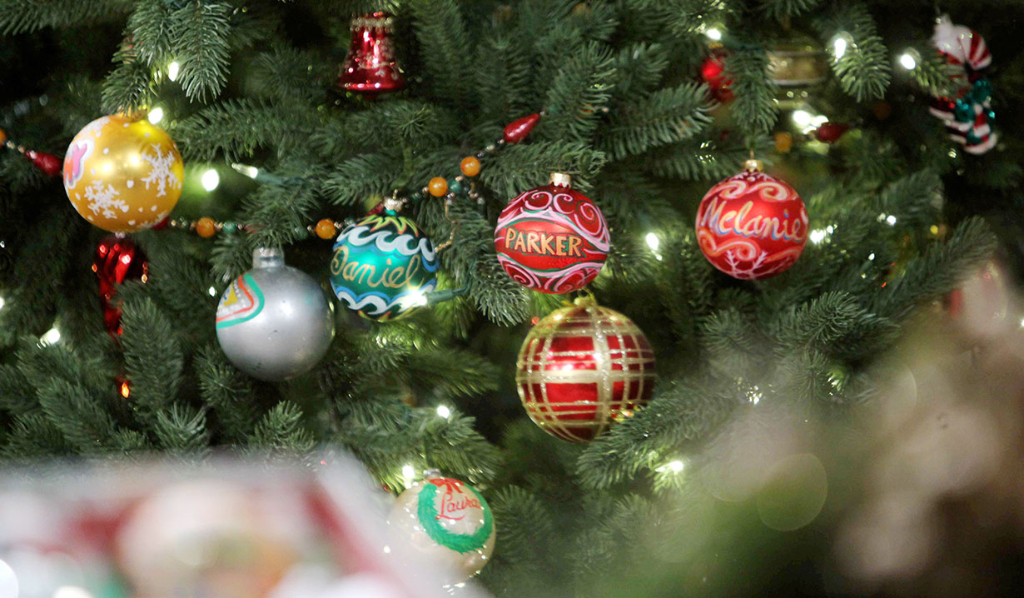 How our soaps celebrate the holiday season.

Our holidays are not complete without seeing what our beloved soap characters are up to for Christmas. They are part of our families after all! Their holiday celebrations are filled with family, love, laughter, and of course, lots of drama. To commemorate the 12 days of Christmas, Soaps.com has the top twelve most memorable Christmases on our beloved soaps including All My Children, Bold and the Beautiful, Days of our Lives, General Hospital, One Life to Live and Young and the Restless.

On the 12 days of Christmas my soap opera gave to me:

11. A Christmas Ghost
On The Young and the Restless last year, Billy Abbott celebrated the season on a drunken binge at Jimmy’s bar. He passed out and was visited by the ghost of his father, John Abbott. In this A Christmas Carol-style episode, Billy was shown what his life would be like if he didn’t smarten up and get his life on track. Billy’s vision of the future included him losing Mackenzie, and him missing out on raising his daughter Delia, even envisioning not being part of her wedding. When Billy awoke, he promised to change his ways in the new year, so that the vision of Christmas future didn’t happen.

10. A Christmas Slumber
On All My Children in 2004, Bianca got her Christmas miracle. She was getting worse in a coma, so Erica took Miranda from the Chandlers and brought her to Bianca. Of course, this was the Christmas cure because Bianca recovered with the return of her baby girl.

9. A Christmas Baby
On Guiding Light in 1999, Blake hid her pregnancy from Ross, staying hidden away for months at the Bauer cabin. Ross eventually figured out Blake was pregnant with his baby and miraculously got to the Bauer cabin in time to deliver their daughter, Clarissa, on Christmas Day.

8. A Christmas Family Affair
On The Bold And The Beautiful in 2004, Eric and Stephanie were shocked to see their sons, Thorne and Ridge setting their differences aside on Christmas. Who else joined in on the festivities? Thomas, R.J, Brooke, Hope, Amber, Alexandria, Darla, Clarke, Massimo, Bridget, Sally, Samantha, Nick, Hector, Caitlin and Jimmy. They busted through the door, and Eric played the piano while everyone sang “I’ll Be Home For Christmas.”

7. A Christmas Miracle
On One Life to Live in 1994, Luna gave Max a very special Christmas gift and announced, “We’re going to have our own little miracle, all bundled up for next Christmas.” Little did they know, Luna would give birth to twins named Frankie and Leslie, who Max devoted his life to after Luna’s death.

6. A Christmas Vigil
On Days of Our Lives last year, Sami held a Christmas vigil for baby Sydney, thinking that she was kidnapped. Of course, EJ had Anna take Sydney so the vigil was all part of his scheme. Regardless, the Salemites gathered in hopes that their Christmas wish to have Sydney home would come true.

5. A Christmas Explosion
On All My Children, Tad and Dixie’s Christmas wedding in 1990 ended in heartbreak when Billy Clyde Tuggle, who was obsessed with Dixie, got Tad to go to a railroad bridge where a bomb exploded. Tad was presumed dead at the time.

More: Top 20 Christmases of soaps past

3. A Michael Baldwin Christmas
The special Young and the Restless episode showed viewers what Genoa City would be like without Michael Baldwin. Michael wished he was never born and got his wish on this special episode. Paul Williams took Michael through Genoa city, showing him what it’d be like if he were never born. In this world, Phyllis lost custody of Daniel, Kevin was locked in a psychiatric ward, and Lauren was selfish. Of course, Michael reunited with his family in real-time and all was well again on Christmas.

2. A Christmas Wedding
On Days of Our Lives in 2000, Hope and Bo got married on Christmas Eve, which was also Hope’s birthday. Their festive Christmas wedding was complete with red bridesmaid dresses, sparkling Christmas lights, and of course lots of drama. There was plenty of tension in the air between Bo and Marlena, as the paternity of Hope’s baby, J.T. was still in question, after the whole Princess Gina fiasco with Hope and John Black. The night also included a Christmas miracle, as Brady who was paralyzed after being shot, learned to walk again.

1. The Horton Christmas Tree
On Days of Our Lives, each Christmas in Salem is not complete without the tradition of the Horton family tree. Our beloved Salemites gathered at Alice Horton’s home to hang personalized Christmas ornaments, each representing a family member, on the magnificent Christmas tree. This is always combined with the reading of the Christmas story for the children at University hospital, a tradition that Tom Horton began in the early days of the show. This year marks the first Christmas without Days’ matriarch, Alice Horton.