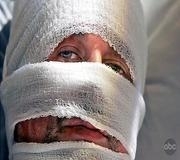 As fans of daytime, we all have an opinion about what we’d like to see in our soaps, or what we really wish we’d never seen in the first place – and sure as heck don’t want to see again! Soaps.com recently put the fan’s reaction to the test and conducted a poll consisting of ten of the most popular or most controversial storylines from all nine soaps!

Having started on November 27, 2007 and running through December 11, 2007, the votes are in, tallied up and we’re now here to set the record straight about which storylines won out among you, the Soaps.com fans!

1. Back from the dead, amnesia and mistaken identity storylines such as John McBain on OLTL, Nick from Y&R, Tony, Andre, and Stefano on Days.

A small percentage – 27.2% said “We love them!” while 25% absolutely hated them. That leaves the majority at 42% saying that they go with the flow as long as their entertained or informed! Although these storylines can sometimes appear repetitious, we’re glad to see fans can still ‘Go with the flow’ and frankly, we love that die hard soap fan mentality! We buy just about anything, too!. Entertain us, please! That’s our motto!

2. Cancer fighting storylines such as Reva’s in GL.

Again, the majority rules with 36.7% of the voters saying, “I go with the flow, as long as I’m entertained or informed.” We saw that 33% of the readers love these informative and heart wrenching cancer fighting storylines, while 23% absolutely hate them! This was a close one, but it just shows how diverse soap fans really are when it comes to the storylines they prefer!

3. Kidnapping storylines such as OLTL where Marcie kidnaps young Tommy, Days where Andre and Bart briefly kidnapped EJ, and Amber was kidnapped on Y&R by crazy FBI Agent Bonacheck.

Kidnapping storylines in daytime are a given. You have to have at least one every few years or it doesn’t feel like a soap. Course that doesn’t mean we always enjoy them. Or at least, 35% of our readers told us they hate these storylines and want to see them put to rest while 33% just goes with the flow, preferring to be entertained or informed. Surprisingly, only 23.3% said they love kidnappings! Again, we applaud you for coming in close on this one!

4. Coma storylines, such as Evangeline’s on OLTL, or Rosanna’s on ATWT.

Okay, not many love a good coma storyline. They tend to drag on and on right into real time and nobody wants reality when they’re watching soaps, do they? Well, maybe in some cases but not this time. A whopping 57% said they can’t stand these storylines and think the comas should fade away much like the characters do for those weeks in bed. Incidentally, we think the majority of fans hate this type of storyline so much because a lot of times the shows use this scenario as a way to write off some of those well-liked characters! It’s nerve wracking. While 27.4% faithfully said that as long as they’re entertained and informed, they’re cool with anything! Gotta love that 9% who said they love the coma storylines. They’re easy to please and those are the ones who have been watching for centuries! Okay – decades?

5. “Kissin cousins”, incest storylines such as Rick and Phoebe on B&B, Max and Stephanie on Days, and GL’s half-cousins, Tammy and Jonathan.

We were not surprised at the results, even though there are some die hard ‘Jammy’ (Jonathan and Tammy) fans, a few ‘Stax’ (Just made that up!) and ‘Phick’! No that’s another show altogether. (Update – just got word from some sweetheart who took pity on me – the nick namee was Phrick! I’m not even going to go there.) In any case, there are fans who love them – in fact 14% love them, 20.9% … say it with me, will go with the flow as long as they’re entertained or informed and the other 58% hate incest storylines! Although society has evolved, there are always those who find this type of storyline unacceptable – even in the world of the soaps!

6. Rape storylines such as Brooke's on B&B, or Sami's on Days or Fancy's rape storyline on Passions.

It’s not so much that they love to watch rape – trust us! The storylines can be well put together and well acted out and though 33.5% will watch just about anything because they love their soaps, 40% complain that these are no fun to watch at all – even if they are informative. Being that this is a very touchy and emotional subject, we can see why fans came so close in determining their opinion of this storyline! So for the 20% that love these storylines, we believe they do so because they feel it’s a public service that the storylines provide.

7. Gay storylines or transsexual storylines such as ATWT’s Luke and Noah, Passions’ Chad and Vincent, and Zoe/Zarf on AMC.

Surprising to us, and in this day an enormous percentage – 40% of our readers hate these storylines. This has become a very big change in the times for some. Another 32.6% of you said they entertained and informed, which means they’re not all for naught while 24.4% of you said you love these storylines. We commend the shows for touching base on these stories and hope they continue to do so in the future!

8. Paternity issues such as the ones between Jason, Liz and Lucky, on GH, and the omission of paternity for 7 years from Passions’ Theresa.

These are very interesting results! This has to be one of the oldest storylines in soaps! We see you agree too! Consider it a love/hate type of premise that is bound to be in soaps forever! Looks as though 38.7% love these storylines while 29.8% go with the flow and 26.6% are sick to death of them!! Depending on the story, on the acting and on the timing, these storylines can go either way.

Most of you love family time - 70% in fact. This is where ‘Home Is Where The Heart Is’ shows! A small percentage – 18.2% said they still stand firm that they’re entertained easily and like to be informed no matter what. Our small percentage of those who hate these storylines is at 8.1%. We’re very curious as to why that is but won’t speculate on it!

Not sure we even want to touch this one. This is controversial yet we’ve almost a tie. Mostly, 40.2% of readers said they hated them while 38.5% will buy them as long as they’re entertained or informed. A small percentage – 16% love these storylines. A very touchy subject but one that is definitely an issue in both the real and fiction worlds!

While we have enjoyed all of the great civil debates on our message boards throughout the year, it was really neat to see how the majority of you felt when it came to the ‘polled’ “2007's Most Controversial Storylines!” Soaps.com looks forward to another year of storylines filled with drama, deceit, controversy… You name it! We welcome them all and hope you will continue to use our message boards as a means to connect and debate with other soap fans!

Now You Can Blog With Soaps.com!