All about Ashlee Holland: SOAPnet Exclusive! 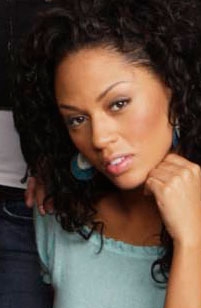 Tis the season… to watch a marathon of “I wanna be a Soap Star”! SOAPnet will celebrate Christmas by airing the final four exciting episodes of the show December 25, for viewers who missed it and for those die hard Soap Star fans to relive the excitement and drama! It’s being aired as well, so that we can all (okay, not me, because I don’t get SOAPnet) check out the newest addition to Days of Our Lives, Ashlee Holland, who incidentally wrote to us to thank us for all the support we’ve shown her -so sweet- before she makes her debut December 26 on the show!

So at 7 PM to 11 PM ET/PT, December 25, you’ll be in front of your television at home or the television at the gym, watching, right?! Here’s your episode guide:

7PM – Entitled “Drunk as a Skunk” In this episode, contestants must prove that they know how to have fun. Emmy® winner Linda Dano shares tips on how to play drunk, and Days stars, Josh Taylor, Martha Madison and Brandon Beemer serve as acting partners for the wanna-bees. (Episode #2007-SPSTR-407 original air date 9/25/07)

9 PM – Entitled “Save the Last Dance” The competition forces one contestant to dance their last dance, as professionals from “Dancing with the Stars” and “So You Think You Can Dance” guest star. (Episode #2007-SPSTR-409, original air date 10/9/06)

Maybe some kind soul will be a pal and tape and youtube it for me?!

Soap Operas and the Suspension of...