All My Children, General Hospital And One Life To Live To Air Repeat Episodes. (UPDATED!) 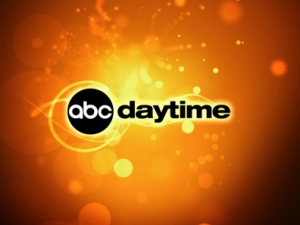 A fan of repeats?

Same Day Update: An ABC Spokesperson contacted Soaps.com and wanted to reiterate that any future repeat episodes may be sparingly added in addition to current holiday encores throughout the upcoming years and that fans shouldn’t be worried about having a numerous amount of encores added to the ABC scheduling over the remainder of this year. “Fans have often expressed the desire to see their favorite episodes of our soaps so throughout the year, ABC Daytime will occasionally [air] encore episodes that will enhance current story and give fans the opportunity to see episodes they really loved and have wanted to see again.”

If you’re a fan who was upset that ABC Took A Three-Hour Daytime Block To Celebrate Brenda’s Return back on August 10, you’re bound to feel the same way about this news. On Wednesday October 27 ABC Daytime will air encores of all three soap operas including All My Children, General Hospital and One Life to Live.

Pine Valley viewers will view the past August 31, 2004 episode, which contained scenes from Zach’s casino event and of Ryan proposing to Greenlee.

Port Charles fans will see an encore of the December 1, 2005 episode where Sam and Jason took off for Hawaii and Diego ran off with Georgie.

Llanview fans will be able to revisit the April 16, 2009 episode, which you can look back on through our Daily Update: Tea Takes A Sample But Doesn’t Give Todd The Goods.

Is this a way to cut costs or to benefit storylines? In any case, don’t be surprised if ABC adds a few more encores, to include holidays, throughout the coming years as their way to “enhance current story and give fans the opportunity to see episodes they really loved and have wanted to see again.” ABC was unavailable for any further comment at this time.

Vote in our poll to let Soaps.com know how you feel about these repeat episodes. Please visit our Coverage Section for the scoop on a recent Pine Valley event, plus more Daytime event coverage. Soaps.com is on Twitter @soapoperafan and “Like us” on Soaps.com’s Official Facebook Page where we serve up soap news daily, hot from the presses!