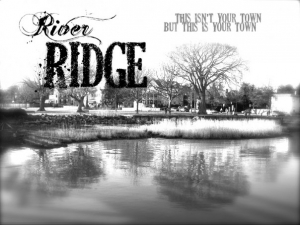 If you’re a fan of all of the exciting new web series sweeping across the internet get ready for another drama-filled one to emerge, which has cast some very well-known soap stars! “River Ridge: The Series” will surround the smothering foundations of a small town and those who live there.

Though written and directed by Tyler Ford, former Young and the Restless actress Signy Coleman (ex-Hope) will take on the associate producer title. For its first season, which will be comprised of ten episodes, “River Ridge: The Series” has already cast a soap star studded lineup including All My Children’s Beth Ehlers (ex-Taylor), As the World Turns’ Julie Pinson (Janet), Guiding Light’s Frank DiCopoulos (ex-Frank), Passions’ Shannon Sturges (ex-Sheridan), Survivor’s Danielle DiLorenzo and a few new faces!

Soaps.com wishes everyone involved in this new project much success! Please visit River Ridge: The Series for any further developments.

Part Six: The Bay: Confessions Of The Garretts Video Promo