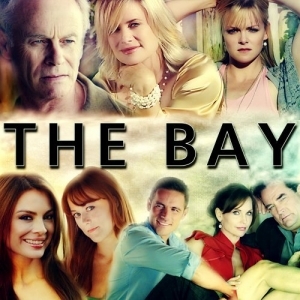 Will the show come to an area near you?

Great news, fans, Jim Romanovich has made it possible for the Associated Television International to acquire the rights to air Gregori J. Martin’s “The Bay” as a half-hour syndicated program or cable show in 2012.

Soaps.com will bring you more details when they’re released. If you missed yesterday’s new webisode, please visit the Video! The Bay: The Series Chapter 4 Webisode 14.

The producers of the much anticipated web series The Bay, Lany Films Productions, has just announced that its newest project will have the opportunity to be broadcast on television in nineteen European countries to include Spain, the UK, Sweden and France! For those fans in the US Creator Gregori J. Martin is currently working to bring “The Bay” into more than twenty-five million homes within the country as well.

Though everyone will be able to view The Bay online this fall those of you who have iPhones will soon be able to download an app for the series’ current The Bay: Confessions Of The Garretts Video Promos.

Soaps.com will keep our readers updated on any further developments surrounding the televised areas.

We invite you to join Soaps.com on Twitter @soapoperafan and “like” Soaps.com on Facebook to dish on all other soap operas, Glee, Grey’s Anatomy and Vampire Diaries!

All My Children, General Hospital and One Life to Live Weekly Video Promo