Although Soaps.com won’t be covering this new sexy online soap, we wanted to spread the word to the fans for our friends over at NBC !

Hang on to your hat and get that computer booted! Starting this Tuesday, October 2, 2007, Coastal Dreams will be available for online viewing only over at the NBC site! With this thrilling new drama, fans will get to view twenty-four original episodes every Tuesday and Thursday! While the episodes will consist of a few minutes apiece, they’ll be offered for the next twelve weeks for your viewing pleasure!

Surrounding the lives of two exciting women, Coastal Dreams will take you on a roller-coaster ride as you watch Zoe, and her friend Stacey, combine work with play, danger with pleasure, and put their friendship through the ultimate test in a seaside town of the Pacific Shores!

Not only will you get to sit back and relax while the drama unfolds, fans can also enjoy an interactive section filled with online exclusives such as receiving text messages from their favorite character, reading their profiles and getting lost in the excitement of their online blogs!

Playing the character of Zoe, Danica Stewart, moved to Los Angeles at the age of eighteen and landed a starring role in, “Home of the Brave.” Since then, Danica has added an impressive list of shows to her resume having appeared in “Quintuplets”, “Oliver Bean”, “CSI: Miami”, “Skin, Drake and Josh”, and “Crossing Jordan” to name a few! However, though she did appear on ABC’s General Hospital, fans will most recognize Danica for her current role as Passions’s Jessica Bennett!

So who’s behind such a brilliant idea? Although many are to thank for bring this extra special treat to the fans, Executive Producer Robert Angelo is a talent all of his own! Nominated last year for his work on the Late Night with Conan O’Brien Pale Force website, Robert has also work on Passions’s and continues to produce the weekly online series Jay Leno’s Garage! So it’s safe to say, Coastal Dreams is sure to be a huge success with such an experienced producer at its helm!

Soaps.com wants to congratulate NBC and wish them much success for putting together such an awesome new online feature for the fans! And the best thing is, fans, no matter where you are, or what the weather is doing outside your window, Coastal Dreams will be sure to warm up your days, and your nights, and take you away to the California coastline where dreams come true – if you play your cards right! 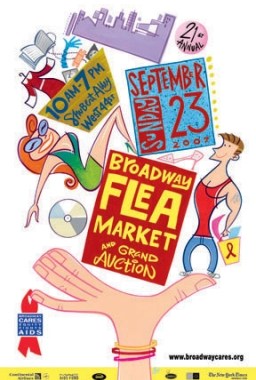