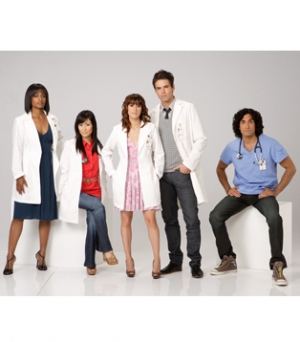 The paternity of Stacey’s baby is finally revealed, and Robin (Kimberly McCullough) is left heartbroken. Sadly, her dreams of motherhood fade into the distance.

Meanwhile, Dr. Lovell (James Harper) is still not satisfied with the mishaps at the hospital. He insists that Jolene (Amanda Barker) find another victim.. this time, a doctor! When Spinelli (Bradford Anderson) unwittingly screws up Jolene’s next move, she keeps him off track by teasing him, and playing on his softer side.

Regina’s (Angel Wainwright) confidence in her nursing abilities take a beating. She almost makes a fatal mistake, when scrubbing in on her first delivery!

Lainey continues to struggle with her father’s deteriorating health, and seeks guidance from a compassionate Cody.

In the meantime, Patrick (Jason Thompson) and Leyla’s (Nazanin Boniadi) flirtation heats up! Where will they take things?

Do You Remember Texas?