Passions: Casting News. Who is recurring? 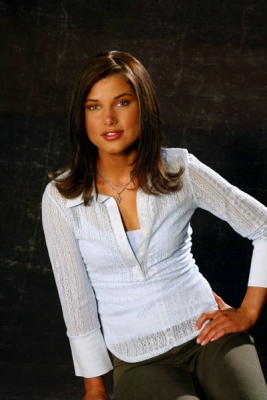 Although I’m sure that you all know, for those who don’t, Passions ends its run on NBC this week with the final episode airing on September the 7th. After that date, the show will be available on DIRECTV beginning on the 17th of September. There are also plans to continue making it available online but not all details have yet to be released.

Now to the casting information. First, if you are interested in who is continuing on contract, please visit our story here. Below, you will find the performers who have opted to stay with the show on recurring basis. This means that they are not guaranteed as much screen time and leaves the actors open to do other work. Many of these actors were already on recurring status so there should be no real change in their screen presence.

* After some speculation that she would be returning to her soap roots on General Hospital, Danica Stewart (Jessica Bennett) has been confirmed to stick around Harmony, perhaps raising the spawn of Spike (Christopher Maleki). And speaking of the Spikeman, soapland’s most wonderfully creepy character will be sticking around as well.

* Eve will be feeling lucky that she has Julian…well, maybe, because she will be awfully lonely in the next season. Her step-son Chad (Charles Divins) is deceased and not returning, her husband TC (Rodney Van Johnson) has vanished and her daughters will soon depart. Both Whitney and Simone will be departing from the cast this week. Whitney (Brook Kerr) has left the show following the murder of her estranged husband. Fans of Kerr can see her soon on HBO (story here). Simone will follow suit. Cathy Jeneen Doe was expected to stay until recently but has opted out. Neither part is currently supposed to be recast.

* John Reilly, (Alistair Crane) will also be sticking around to stir up mayhem and keep things moving along at a fast pace. His unstable grandson, Vincent (Phillip Jeanmarie), is also expected to reappear, no doubt complicating the vendettas developing in the final week. Also on the dark side, or near it, you can expect to see Nicole Cox (Endora) continuing her mischief.

* Daniel Chalfa will also be joining the cast as Marty, who will now be six years old. This shall, no doubt, cause problems for Luis and Fancy. Meanwhile, after an alluring offer from another network, original cast member Galen Gering (Luis Lopez-Fitzgerald) reiterated his commitment to the show, promising his fans that he won’t be going anywhere. (He is still on contract.) Andrea Evans (Rebecca Hotchkiss) was also rumored to return to her previous role on OLTL but has opted to stay with , Passions on recurring.

Clare Crawley Shares 1st Photo After Having Her Breast Implants Removed: ‘I Did It’