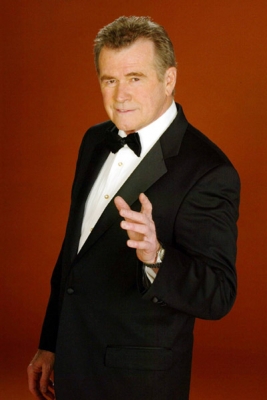 If you’re as much of an Alistair Crane fan as I am, you’ll be happy to know that Harmony’s master of mayhem will be returning to the show beginning on August 20th. In even better news, he will once again be played by the deliciously nasty John Reilly, a man so good at being bad that he can make you look forward to seeing Theresa cry. We last saw him supposedly dying when his train was blown up by a drone in Italy. Exactly who was behind that attack has never been clear, but general speculation was that he had planned to fake his demise all along. Does this mean that Beth and little Marty are still out there somewhere? We’ll have to wait and see. Alistair will be returning to a rather different Harmony though. With Tabitha going over to the good side, albeit reluctantly, this leaves Alistair in prime position against the town’s other major villain, his own grandson Vincent. Rumors have been around for months that the two may have been working together all along, but one thing is for sure, between this pair of dangerous and treacherous characters, things will soon be turning deadly for someone (and Alistair has never been known to be any kinder to his own family than to anyone else’s).

One of the other major questions is how he will react to his drastically made over daughter Sheridan. Will the manic and malicious Sheridan be a delight to her father, or will she continue to disappoint? Speaking of Sheridan, the increasingly deranged Crane daughter will soon be getting a visit from her past when her estranged husband Chris (Adrian Wilson) returns to town on August the 13th.

In other casting news, now that Esme (Erin Cardillo) has joined the cast as a permanent member, characters from her past will start to pop up in town. Can they possibly be as flaky as she is? We'll get a chance to see when her niece, Viki, arrives starting on August the 20th. Viki will be a recurring character on the show and is being played by Amy Castle who formerly appeared on Lizzie McGuire and Malcolm in the Middle. The seventeen year old actress has been acting professionally since she turned eight and is best known for playing the young version of Ally McBeal in flashbacks on the eponymous show. In a last note, fans of Paloma Lopez-Fitzgerald may be having mixed feelings with Silvana Arias departing from the role this month. Not to worry though, the character will continue on after the move to DirecTV. Arias will be replaced by Hannia Guillen, already a well known performer on Cuban television.