Passions to Continue in Canada: Updated 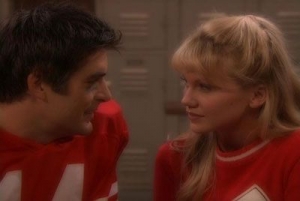 When DirecTV announced that they would not be carrying Passions beyond the end of this summer, many fans of the show in Canada have since wondered if this will also apply to them. There is speculation that NBC may continue to produce the show this fall either for the web or for Oxygen. With an announcement on the future of the show itself still looming in the near future, the people at Superchannel in Canada have made an announcement of their own. Canada’s only national pay television network has issued this official statement: “Super Channel would like to state that as long as the show continues to be provided by distributor NBC Universal, it will continue to air Passions in Canada.” This should come as a relief to subscribers to the service in the great white north and give some cause to be optimistic about the future of the show.

Fans of Passions in Saskatchewan will now have another avenue through which to watch their soap. Superchannel will now be available through SaskTel via their Max Service. They are currently offering a special promotion which will allows subscribers to get their first two months for only $5 per month. For more information on getting this service, please call them at 1-800-SASKTEL or visit their official website.

Well, the wait is now over some more fans in the frosty confines of Canada. Rogers has now signed on to carry Super Channel. Rogers PersonalTV(TM) service is currently carrying four of the six channels. Subscribers to the service will now be able to have access to Passions for $15.99 per month. To sign up or get additional information, please visit their official page here.

If you live in Saskatchewan, Access Communications Co-operative Limited will now be happy to offer you all six of the Super Channels. Please call them for additional information at this number: 1-866-363-2225. If you sign up in Regina right now, you can get two months for the price of one. Regina residents should call 569-2225 for additional help.

If you’re a Passions fan and you happen to live in Canada, the last few months have probably been pretty hard for you. Not only has the show not been available on regular TV, but viewers north of the border haven’t been able to subscribe either to DirecTV or to the internet version hosted on the official NBC site. (*In an additional note, it has been confirmed for us that there are no future plans to make streaming online versions of episodes available to Canadian viewers in the foreseeable future.)

But do not fear too much: As we’ve reported before, you can get the show by subscribing to Allarco’s new Superchannel service. This is available now and they have offered previews of the show to tease viewers in, but you must subscribe to get the show from now on. If you would like to subscribe, please visit the official Superchannel site and they will walk you through it and will be happy to provide you with any additional information you need.

Unfortunately, Superchannel is currently only available to Bell ExpressVU customers. While Rogers Cable have indicated that they will be picking up the service, there have been conflicting reports as to when the service will become available through them. If you have Rogers and wish to subscribe to this new service, please contact your local provider for information. A representative from Allarco has informed us that, ‘negotiations with all of Canada’s cable operators and remaining satellite providers are ongoing. Further announcements will be made as information becomes available.’

If you happen to live in Quebec and get your service through Videotron, things may take longer. In an e-mail which I received from their rep, they informed me that: ‘We are confident that we will be able to offer the signals for new channels soon. Be assured that the negotiation process for the broadcast rights and the widening of the bandwidth are currently underway. However, we cannot foresee the date of their availability.’

Soaps.com shall keep you informed of details as they become available.

Since the show was picked up by DirecTV, the future prospects of Passions airing in Canada looked dim for awhile. Rumors have been circulating for some time but, after a long wait, we can finally confirms some good news for the many Canadian fans of Passions. Alberta based Allarco Entertainment has just finalized lengthy negotiations for the exclusive rights to air Passions in Canada.

This October, Allarco Entertainment will be launching SuperChannel. You will have to subscribe to get it. It will be offered nationally and be made up of six channels as well as a subscription based video-on-demand platform. The new channels will be available through all of the major cable and satellite service providers in the country. People interested in a subscription are encouraged to contact their service provider for additional information. Although the show will not begin airing in Canada until October, nearly two weeks after it's September 17th move to DirecTV in the U.S., viewers need not fear. All of the September episodes are set to be re-aired in October so you won't miss a thing. Of course, you can always rely on Soaps.com to keep you informed with news and daily updates about the show.