Passions Will Live On! 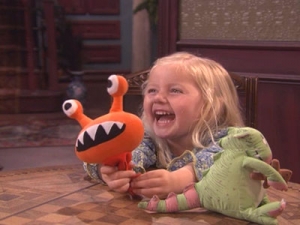 Passions fans can rejoice! The powers that be have heard your voices and our favorite show has just been saved. The show will live on for at least another year on DIRECTV. Eric Shanks, the executive vice president of Entertainment for DIRECTV, has stated that, ‘Passions fans no longer need to mourn the demise of their beloved program as it has found new life on DIRECTV.’ Citing the passionate support of more than 2 million fans, and daytime’s largest and most consistently growing audience of 12-24 year olds, Shanks went on to assure them that: ‘We care about this show and are extremely proud to give it an exclusive home here at DIRECTV.’

The show has just been added to DIRECTV’s The 101 Lineup. It is the first scripted show that they have added to their innovative and exciting new media format. The new episodes will continue to be produced by NBC Universal Television Studio and Outpost and will air in the same 2:00 pm time slot that the show now occupies. In addition, the episodes will be re-aired in a special marathon session every weekend. The only major change announced so far is that the show will now air new episodes from Monday to Thursday only rather than through the entire work week.

For those who are wondering, this means that the September7th end run of Passions on NBC will be a cliffhanger. The producers of the show are already promising to keep many strands of the show wide open so that they can be instantly rejoined when the show makes its move to DIRECTV on September 17th. New episodes shall go into production in August with the majority of the cast and crew expected to continue with the show. (We will post more details on who will be returning as the information becomes available).

Worried that you won’t be able to watch because you don’t have DIRECTV? Well, it may not be as difficult as you imagine. Knowing that the majority of their prospective audience does not have DIRECTV, the company has begun offering free installation, a DVR or HD receiver upgrade and a portable DVD player for new subscribers. If you’re interested in this special offer, you can call 866-788-0003 or visit this link.