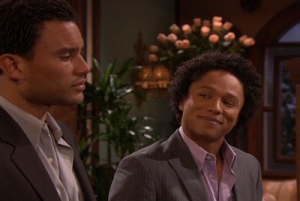 Since Chad Harris Crane’s lover was revealed to be another man, we’ve received a flood of mail. Much of it has been negative and it’s reached the point that we feel compelled to answer some of your concerns. Passions has, from its beginnings, always been a soap that has pushed further than any other daytime drama, both in style and in content. This story is no exception and neither is the controversy. Women’s groups have often attacked the show for its portrayal of women, while completely ignoring the fact that men are depicted far more negatively than the female characters are. Christian groups have attacked the show because it has witches and demons on it. Nurses’ groups attacked the show for having a monkey nurse and animal rights groups attacked it for the show’s depiction of a monkey’s sexual fantasies. Scandalous, and sometimes ludicrous, behavior is the life-blood of any melodrama; without it, it would be a dreary thing indeed. Shock and moral ambiguity, whether we like to admit it or not, have been what’s drawn the audience to soaps since radio days.

Danielle T writes, “I have watched you program for the last 3 years and happen to like it, but the story line portraying Chad as having an affair on wife with another man and showing such graphic scenes in the afternoon is appalling. I really dislike and disagree with the way you have chosen to portray this black man in your program. I�ve noticed in the last few years your soap has been rated last in all soap opera polls if you continue your risqu� story line you will soon be canceled. You just lost a fan.”

This storyline has actually been hinted at for the last two years. It only became clarified in the last several months. The scenes are really not graphic. Kissing is brief and generally more implied than seen. Even the obligatory topless beefcake scenes have been kept to a minimum. Given the blackmailing angle in the story, not showing at least as much as they have been would be difficult, never mind unfair. By the way, since many people have been upset by the fact that so many gay characters on the show are black, for the sake of accuracy, Chad is only half-black and compared to the sexual habits of most of his white Crane relatives, he’s downright conservative. As far the ratings go, the show’s rating are actually higher than they’ve been since the beginning.

Sandy J writes, “Hello, I am writing about my concern about the content of your show. This show is on when there are small children are at home. I don’t think showing two men or two women in bed with each other is necessary viewing. If you have to have this subject in your show, leave it to the viewer’s imagination about what is taking place. I am disgusted enough to stop watching this soap opera! I thought it was silly, but fun up until now. I believe that you have gone over the line.”

Linda Shelton writes, “To the writers, please stop the love scenes between men. This is daytime TV and sometimes children see these if their moms watch. I will not watch while this is a story line and I will inform the one million moms group so they can send out emails to their list to write in about the content of your show.”

Passions has been unique among soaps in that it has long targeted a gay audience as well as a straight one. Having a gay character without actually showing that he is gay, would be like having a black character whose skin is never seen. We see sex scenes between men and women which are far more graphic quite frequently and have never received a response about it. The show is not made for children and networks generally rate their programs so that viewers can decide whether it’s appropriate viewing. They have kept fully within the rules governing content and it is up to concerned parents to decide what they will allow their children to watch. No network is obliged or capable of doing that. If you are concerned about that, write to NBC or to the FCC to voice your concerns. Like I said before, protests over the content of the show have been going on for years. It’s what a majority of the fans expect and have come to it for.

Kelisha James writes, “I like to watch Passions and The Bold & the Beautiful, I’m advising the writers of these soaps to continue their outstanding jobs as they teach the people of today’s world about daily life experiences.”

Well said! Passions has always sought to go to the places that other soaps are afraid to go. Surprisingly, the more risks they take, the better they’ve done in the ratings. Additionally, they’ve have garnered much attention as well as awards from both creative institutions and civil rights groups. The show’s unique perspective and zest for controversy have been a welcome addition to the often too safe and predictable world of soaps. 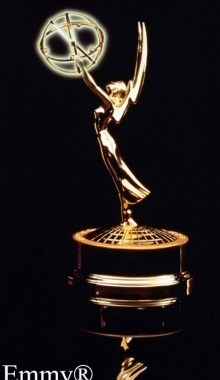