Aurora Teagarden Mysteries: A Game of Cat and Mouse Has Roe Being Targeted 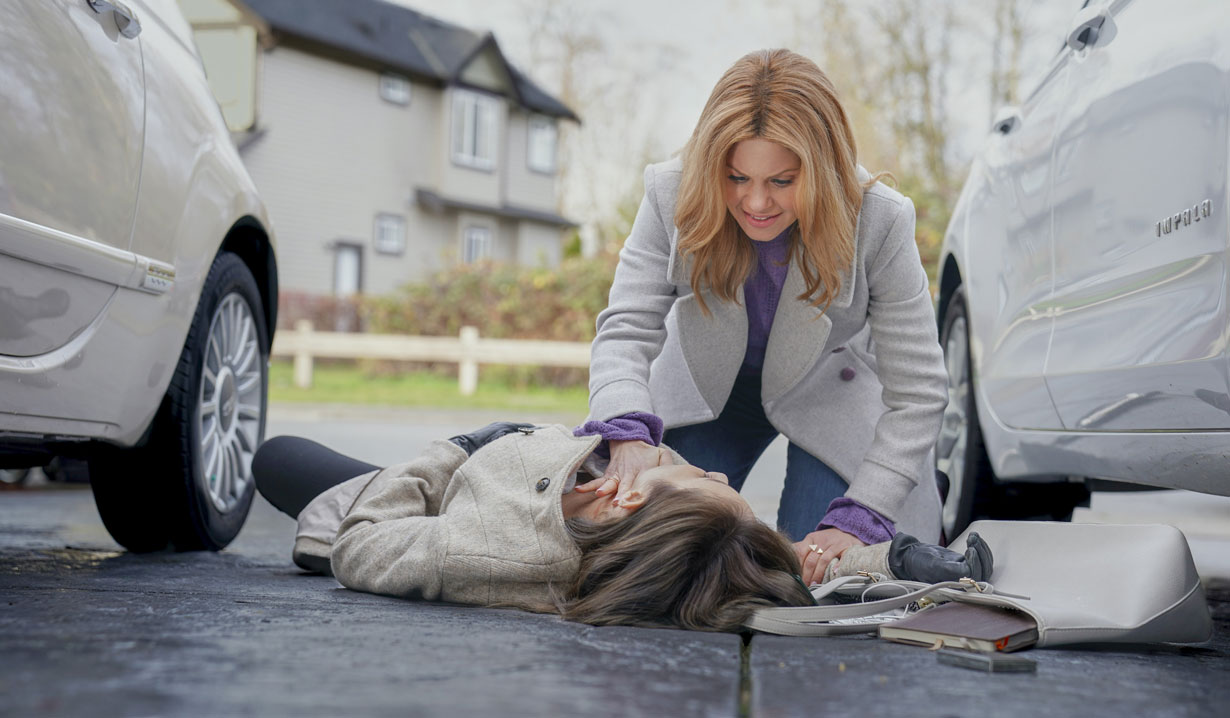 Roe saves herself when The Real Murders Club is victimized.

Soaps.com knows everyone is self-isolating right now and what better way to spend it watching Hallmark movies and mysteries? For those who haven’t picked up this series yet, we’re recapping a few of the Aurora Teagarden Mysteries, this one, in particular, is the tenth movie in the series, called, A Game of Cat and Mouse. This series is based on the books with the same name penned by Charlaine Harris. The movies star Candace Cameron Bure (Aurora ‘Roe’ Teagarden), who is a 28-year-old librarian in the small town of Lawrenceton, Georgia. She runs The Real Murders Club, which is a group of 12 who gather each month to analyze famous unsolved crimes in their town. Also, starring is Lexa Doig as Sally Allison, a reporter and Aurora’s best friend, Marli Henner as Aida Teagarden, the town’s real estate agent and Aurora’s mom,  and Miranda Frigon as Lynn Smith, a detective with the homicide division turned chief, who is always annoyed when Aurora gets involved in her investigations.

Amateur murder investigator and professional librarian Aurora Teagarden, aka “Roe,” is one of our favorite characters on Hallmark Movies & Mysteries channel. Candace Cameron Bure confidently takes on each mystery and draws us into the sometimes-campy caper, especially when she becomes the target in Aurora Teagarden Mysteries: A Game of Cat and Mouse.

While fans may want to question why Lawrenceton, Georgia seems to be the most dangerous, yet picturesque, small town in America, we love the fact that the Real Murders Club exists. There are true crime junkies just like us all over the world.

The Real Murders Club is a victim of a break-in, where clues from crime scenes and quotes from detective novels are left for Roe to discover. That’s when she gathers her Scooby gang of Professor Nick Miller (Niall Matter) and his colleague, Bree Carson (Tammy Gillis). Bree is a well-respected forensic psychologist at the college. 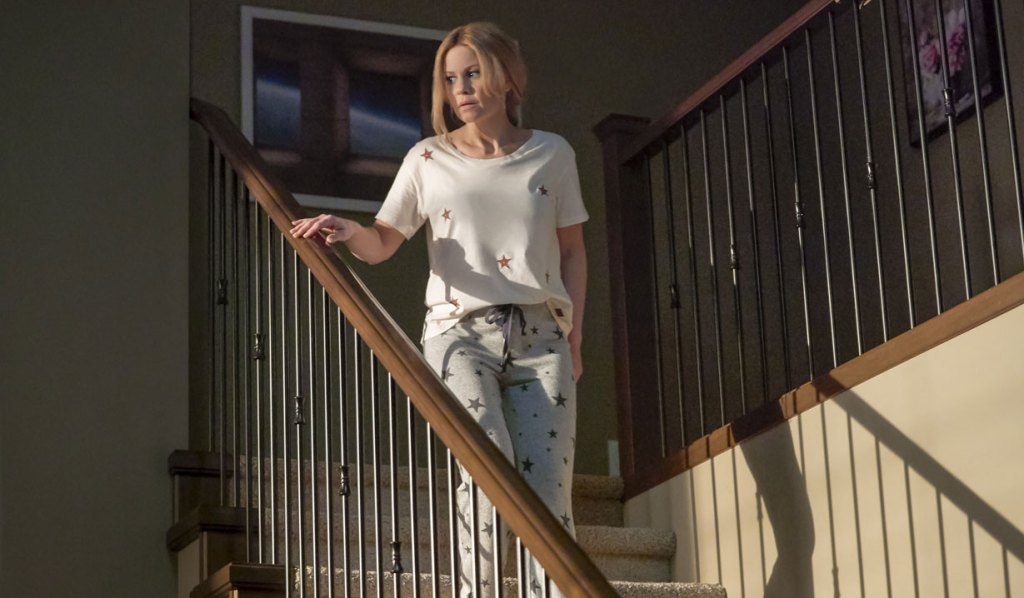 Immediately, the crew, along with Roe’s BFF and town reporter Sally Allison (Lexa Doig), start narrowing down the possible suspects in town. While they are on the case, Roe’s mom, Aida (Marilu Henner), has her office is broken into, Lillian the librarian’s (Ellie Harvie) car is stolen and Sally is attacked. One by one, Roe’s friends are the victims, yet she is clearly the target.

The good news is that Professor Nick is handsome and he can easily charm Bree into using her forensic expertise to help profile the attacker. Who could it be? The list of suspects gets pretty interesting.

• Davis Mettler (Cole Vigue): A new Real Murders Club member, who seems to turn up at the oddest times, especially after a crime has been committed. 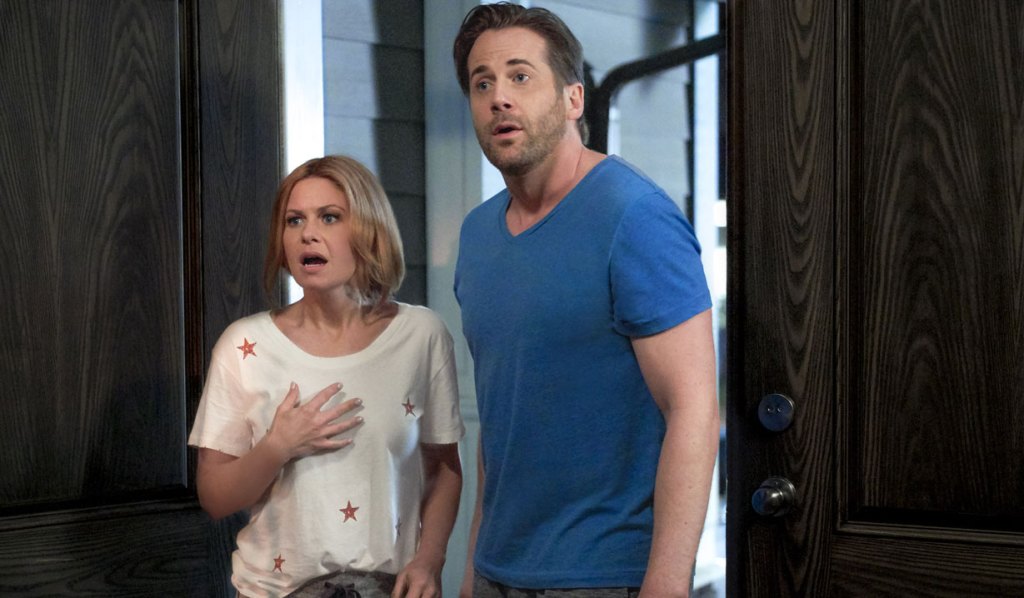 • Edward Irons (Gerard Plunkett): The curmudgeonly town resident, who is not a fan of Aurora’s after she declined to carry his self-published book in the library. It’s even more suspicious when he develops a friendship with Davis. Are they in cahoots together?

• Valerie Wagner (Juliana Wimbles): Aurora’s cleaning lady, who has a major crush on Professor Nick. She curiously turns up after Sally is attacked and then has a suicide attempt. Is this her admission of guilt?

• Dina McMillan (Nicole LaPlaca): The awkward graduate assistant of Professor Nick. Yes, she’s another one who has a crush on our handsome man. Could she be jealous of Roe, who has been spending more time with Professor Nick?

[Spoiler Alert! You’ve been warned.] The movie eliminates Davis and Edward pretty quickly. The sleuthing duo just happens to share a love of solving true crime and were a bit eager to outshine our plucky Roe.

The attention then turns to Valerie and her suicide attempt. It turns out the suspect tried to kill her with poisonous muffins. So that leaves us with Dina, who finds herself allied with Bree, who was also “attacked” by the mysterious criminal taunting Roe and the rest of Lawrenceton. 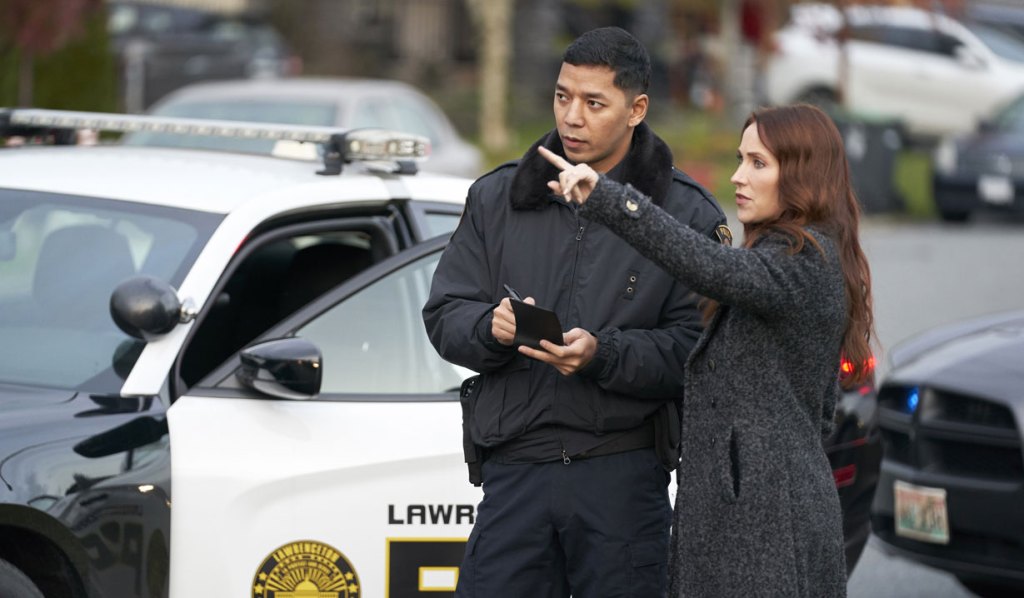 Dina is nothing more than a diversion for Bree to launch her plot to murder our favorite gal, Roe. It seems Bree is also in love with Professor Nick and even quit her job to avoid the college’s fraternization policy to be with him. Now only Roe stands in the way of her happiness.

Yes, Bree is a little nutty. It’s not the first time she’s been involved in a crime of passion. Roe has done her research and she found out that an unsolved Tacoma, Washington murder involved quotations from romance novels. When the fiancé of the victim shared a photo of the one woman he dated after his fiancée passed away, it just happened to be Bree. (Cue creepy music!)

Of course, Bree likes to take things to the extreme and she kidnaps Roe and Dina, who is shocked that her professor misled her. While holding a gun to Roe’s face, our savvy librarian finds a way to save herself with a little action-star fighting. Roe tells Bree, “I read modern detective novels where women know how to rescue themselves.”

Roe can also outwit any of the detectives and law enforcement officers in Lawrenceton because she solved another crime for them. And by escaping death, she managed to snag a date with Professor Nick, which she can enjoy until another crime hits her little town.

Feel free to discuss the series in our Primetime TV message board.

Tiger King 2 Trailer Suggests Follow-Up Is About... Everyone But 'Joe Exotic'?