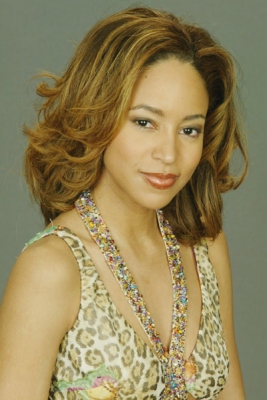 If you’ve been wondering where you can catch some of your favorite old Passions performers, you’ll be getting a grand opportunity in August. Three former stars of the series joined up to appear in the film Buds for Life. Donn Swaby, originator of the role of Chad Harris Crane, starred in the feature and also served as writer (you can read more about what the multi-talented performer has been up to here). The film also features two former Simones. Chrystee Pharris and Cathy Doe both took on roles in the comedy. If that wasn’t enough Passions content, you will also get to see a glimpse of former devious Dr. Ackland, Roark Critchlow.

The romantic comedy tells the story of four young actor friends as they deal with the changes that come after moving from New York to Los Angeles and landing straight into its complex dating scene. In addition to the aforementioned performers, the film also stars Eddie Griffin Jr., Eugene Byrd, Maurice Patton, and Kate Vernon.

Although the film was shot back in 2004, two years after Swaby left Passions and shortly before Doe joined, this will be the first time it is released to DVD.

Billy Ray Cyrus’ Kids: Everything To Know About The Country Star’s 6 Children

MGM Chiefs Pamela Abdy & Michael De Luca Preach Benefits Of Originality: “Not Everything Has To Be A Franchise” – Zurich Summit

Tasha Smith Talks Directing Fox's Our Kind of People and Starz's BMF: 'These Stories Are Part of Our Testimony'