The Careers of Passions’ Other Sheridans 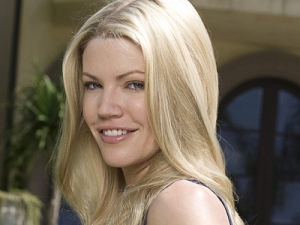 Do you remember the time before Sheridan went to the dark side? If you do, you will likely remember some of the other actresses who have played the role. Although McKenzie Westmore will always be Sheridan Crane to most Passions fans, the part has actually been played by a few different actresses. Sara Paxton played the young Sheridan in flashbacks to the character’s traumatic childhood in the early years of the show. Since then, she’s moved through the echelons of tween actresses to teen actresses and beyond, going through roles on TV shows like CSI, Sponge Bob Square Pants, Lizzie McGuire, Summerland. She also had a show of her won, playing the title character in Darcy’s Wild Life. If that wasn’t enough work for such a young actress, she’s made her presence felt in other pockets of Hollywood as well. She starred in the feature films Aquamarine and Sydney White. Paxton has just completed shooting the much hyped Superhero Movie and is currently performing on the set of the horror film The Last House on the Left.

Another actress to take on the role, albeit briefly, was Shannon Sturges. The granddaughter of revered Hollywood director and writer Preston Sturges, she arrive in Harmony after stints on Days of our Lives and the ill-fated supernatural soap Port Charles. When McKenzie was away on maternity leave, Sturges turned in an eerie imitation of the role. Since then, she has been active on TV, turning in performances on Cold Case, The Wives He Forgot, Cradle of Lies and Maid of Honor.

The most permanent stand-in for McKenzie however was Kam Heskin. The actress was no stranger to the world of soaps. She played Caitlin Richards-Deschanel on Sunset Beach, the former home to many of Passions‘ replacement actors. She returned to the soap world fresh from a role in the wildly unpopular Jenny McCarthy vehicle Dirty Love. She took on the part of the post-Luis but still sane Sheridan from July until October of 2006. Since then, she has gone on to several other projects, most notably the NBC internet soap Coast Dreams, co-starring Danica Stewart (see our article here). She has also played the role of Paige Morgan in both 2006’s The Prince and Me II and the follow-up which is currently being shot. In the past year, she has made repeat appearances on CSI:NY and has two upcoming projects in the works. Kam will be starring in the romantic thriller Glimpses, set to begin shooting in the coming months with its release expected early in the new year. The actress has also just completed shooting a werewolf detective comedy starring Eric Stoltz. She plays Penny Sutherland in Howl, an affectionate homage to werewolf movies new and old. Audiences should expect to see it in the theaters by the end of the year.