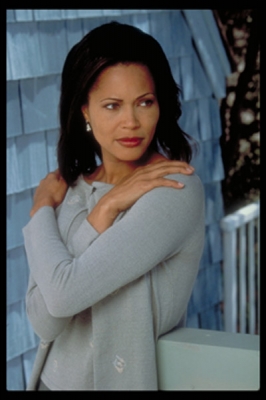 Tracey Ross (Eve Russell) seems to be going for some sort of historical record. The actress has just received another nomination for the NAACP Image Awards. This makes it one nod for every consecutive year since 2000 and puts her right up there with the mistress of the Outstanding Actress in Daytime nominations, Victoria Rowell. Tracey, of course, won last year and finally received some well-deserved recognition for all the hard work that she’s done over the years.

While the talented Tracey has had some competition from within the world of Harmony itself, notably from Marla Gibbs, who played foul mouthed Aunt Irma, this year marks a new first for Passions. This is the first time that Brook Kerr (Whitney Russell) has been nominated in the Outstanding Actress in Daytime category. With the dramatic year that Whitney had, she should be giving her mother some stiff competition.

Of course, it's not really about competition. This year will mark the 39th anniversary of the awards which were started to recognize the hard work and excellent achievements of African-Americans in the arts with awards for everything from poetry to reality TV. For more information about the show and other nominees, please see our article here. The awards will air on FOX on Thursday, February the 14, between 8:00PM and 10:00PM Eastern time.

Soaps.com would like to congratulate Tracey and Brook on their nominations and wish them both the best of luck!