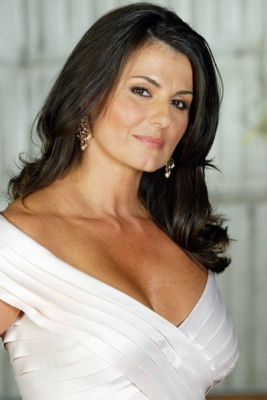 Ever been interested in pursuing a career as a soap opera performer? We know that many of you are, considering how much mail we get from people about it. Well, it takes a very special set of talents to make it in the soap world and to really leave your marks on the memories of an easily distracted audience. But if you’ve got the moxy to make a go of it, you may want to check out the On Camera Soap Opera Intensive Workshop taught by Passions‘ very own Eva Tamargo. The vivacious actress has played the role of long suffering Pilar, matriarch of the Lopez-Fitzgerald family, since the show began and while she is best-known for that role, she has led a rich are varied career. Born in Brooklyn of Cuban descent, the actress has worked in radio, film, television and on stage in both English and Spanish. Aside from her role on Passions, she is well recognized in the Latino community for her work with the famed Repertorio Español theater in New York and her role on telenovelas, specifically El Magnate and El Silencio de Neto.

For the workshop, Ms. Tamargo will be giving instruction specifically on the craft of acting in soaps. It is an intensive course and will last for six weeks. Classes will be held at the Macha Theatre/Films located at 1107 N. Kings Rd. West Hollywood, CA. 90069. The program will run from 11:00 AM until 1:00 PM from January the 20th until the end of February 2008. Available positions in the course are limited, so interested applicants should act right away to reserve their spot. For additional information, please visit their official website or you can call them at (323) 654-0680.