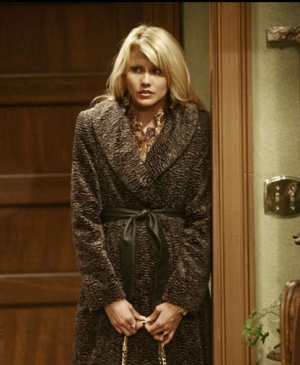 If you’ve ever wanted to see a different side of charming young actress Emily Harper (Fancy Crane), you’ll have a chance when she does a hosting gig in LA this month. Harper is scheduled to host The Best Damn Sketch Show Ever at the Acme Theatre at 8:00 PM on Sunday, May the 17th. This is her second time appearing on stage at the theater recently. She co-hosted a night featuring her fellow Passions cast mates earlier this year. This time around, she will also be the co-author of the night’s event. The Acme Theatre is located at 135 N. La Brea in Los Angeles, CA 90036. For additional information or to gte your tickets, please visit www.acmecomedy.com or call 1-323-525-0202.

* Christopher Maleki (Spike) has recently finished adding his vocal talents to a new project. The actor/photographer will be heard in the role of Yikes in the new film Foodfight! starring Hilary and Haylie Duff. The animated feature, which follows the chaos that can happen in a grocery store at night, comes from the producer of Beowulf and also features Charlie Sheen and Wayne Brady. It's slated for release this summer.

The Careers of Passions' Other...