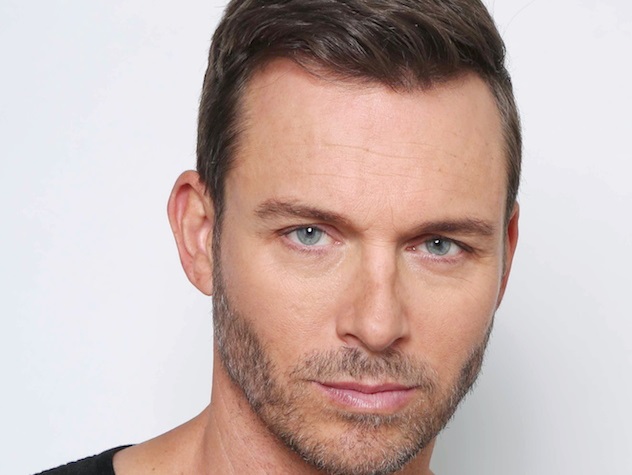 Ethan Winthrop (as played by Eric Martsolf on Passions)

* Raised to believe that he was a Crane.
* Father turned out to be Sam Bennett - a man he hated.
* Loved Gwen since childhood.
* Theresa has done everything in her power to be with Ethan.

Who's played Ethan Winthrop over the years?

The oldest son to Ivy Winthrop Crane and Sam Bennett, Ethan Winthrop found out that Sam was his biological father, a man he hated, at his and Theresa's engagement party. Julian still remained is his legal father and was listed on his birth certificate. Ethan grew up with Gwen Hotchkiss and the two were always believed to be meant for each other. After graduating law school, he returned home to Harmony and began working for Crane Industries. A reluctant Ethan was pressured into making a commitment to Gwen by his aunt Sheridan. When Gwen turned him down because she didn't feel that his whole heart was in it, someone began stalking him. It was later discovered that his stalker was Theresa Lopez-Fitzgerald. He forgave her for the stalking and the two of them started to get close. Ethan still ended up proposing to Gwen despite all of Theresa's tricks to make him fall in love with her instead.

Gwen went out of town for business and suggested that Theresa assist with making the wedding plans. Theresa made the most of the time and tried to get as close to Ethan as possible. Ethan started to feel something for Theresa and called Gwen to come home as soon as possible. Gwen finished up her business trip and returned to Harmony the next day. That's when she found Ethan and Theresa in a compromising position. Theresa had confessed her love to Ethan just before Gwen arrived. Theresa squirmed her way out of the situation and managed to become Gwen's maid of honor! Theresa took advantage of every chance she had to try and make Ethan realize that he belonged with her instead of Gwen. Ethan continued to proclaim his love of Gwen until Theresa was almost killed in a motorcycle accident. He then realized that he had true feelings for her and told her so hours before his wedding to Gwen was supposed to take place. Ethan called off the wedding, but not the engagement to Gwen. Gwen finally broke off the engagement when he proposed to Theresa.

Ethan then found out that he was not a Crane, and that sent shockwaves through his relationship with Theresa. He told her that he wanted to call off the wedding, but she talked him into going through with it. He dropped his last name of Crane and walked away from the family. Ivy (his mother) never liked Theresa and tried to make him see her for what she really was. He promised her that if he caught her in another lie, he would end it with her. Ivy was able to provide him with proof that Theresa had lied to him about sleeping with Julian, and Ethan had reached his breaking point. He broke off the engagement because of all of her lies. Ethan and Gwen began to grow close again despite the repeated attempts from Theresa to get him back.

Later when Theresa confessed to killing Julian Crane, Ethan and Gwen tried to save her because they believed that she was innocent. When the judge found her guilty, Theresa and Ethan went on the run together. Theresa went into labor (with Julian's child) at the cabin they were hiding out in. Gwen and Ethan delivered the baby just as the police rushed in and took Theresa away. Despite his attempts, Theresa was executed for the murder. Ethan and Gwen continued their loving relationship, believing that Theresa was dead.

As part of Alistair's plot, Theresa was still very much alive. When she returned to town she tried her best to get Ethan back. Ethan continued to be torn between her and Gwen. Just as he was about to choose Theresa, Gwen became pregnant with his child. Ethan made the commitment to be with Gwen and his child. Theresa continued to manipulate things in an attempt to get Ethan back. After a show down with Theresa, Gwen was rushed to the hospital where Ethan was told that he had to choose between her and the baby. The baby ended up dying and Ethan promised Gwen that he would never allow Theresa to come between them again. The couple opted to have a surrogate carry a child for them. Theresa managed to kidnap the surrogate and have herself implanted instead. When Theresa revealed that she was pregnant with twins, Ethan recalled a night that he was raped by Theresa and that one of the babies actually belonged to him and Theresa. One of the babies died and the surviving one turned out to belong to Ethan and Theresa. Gwen was devastated to find out that the two of them had been together. She attempted to kill Theresa and kidnapped the baby. Ethan tried to settle things and make peace, but Theresa wouldn't have it. She sabotaged Ethan's career so that he would have to stay in Harmony close to her.