Dorian finds out that Adriana wants to use her inheritance for her new company, Michael gets the news that John is alive, Marcie boosts with love for Tommy and Rex tells Todd he found his son...

Clint meets with Vicki at the Palace where she tells him about Natalie's beliefs concerning John. Clint and Vicki worry how Paige will feel when she finds out that it's Hugh who really died.

Natalie dreams that she's at John's grave and John's there, too! John laughs about the fact that Natalie dug up his grave. They talk about John being in the burn unit, about how hard it'll be for Hugh's family to find out he's dead. John says he missed Natalie, and she begs for John to come back to her. Natalie stirs in her sleep The dream continues... John asks if she still has 'it,' but Natalie doesn't know what he means.

Suddenly, John's gone, and Paige wakes her up. Natalie sits up, says, "What? Is it John? He's alive." Paige comforts Natalie, says it's understandable that she's upset after losing John. Paige tells her Hugh made it through surgery, thanks Natalie for being there for her son. John is wheeled back into his room, and Paige goes to be with the man she believes to be Hugh.

Paige comes up behind her, asks Natalie what's she's talking about. The doctor tells Paige that the patient is resting as well as possible, deterring Paige from the truth. Paige goes to make a call. The doctor tells Natalie to be more discrete!

Dorian goes to Rex's apartment, looking for Adriana just to have the door slammed in her face. However, Dorian bangs on the door until Adriana lets her in. When Dorian sees all the patterns and fabric lying around, Adriana fills her in on her new business venture. When Dorian asks if Adriana needs an investor, Adriana says that she'll be using her inheritance from Aunt Betsy. Dorian tries to give her advice, but Adriana throws her out.

In the hallway, Dorian makes a call, transfers 30 million dollars in Adriana's name. When she arrives at the Palace, she's still pleading with the bank to transfer the name on one of Dorian's accounts. When she hangs up, Dorian finds Clint standing behind her. Dorian is surprised when Clint doesn't pry, then is jealous to see that he's there with Vicki. When Clint tries to walk away, Dorian stops him, says she wants to explain the phone call he overheard. She expresses that she's made some mistakes, that she was trying to rectify it. Clint believes Dorian but suggests she tell Adriana that she initially had her trust fund in Dorian's name. Clint leaves with Vicki, and Dorian calls the bank again

Rex shows up at Todd's, tells him that he found the man who Spencer hired to put up Todd's baby for adoption. When Todd screams for Rex to get to the point, Rex explains that as he dug deeper into Todd's case he found himself in a place he didn't want to be in. Before Todd lets Rex explain, he fires him! Todd continues to rant, giving Rex a look into Todd's selfish side. Rex messes up, says, "Your kid is better off with the great parents he has." And Todd wants to know what Rex knows about his son's 'parents!' Rex covers his tracks, says he has no idea where Todd's son is. Marcie and Blair arrive at the penthouse, and Todd tells them he fired Rex. Rex leaves, silently thanking Todd for his actions, in turn making Rex's decision a whole lot easier. Marcie leaves, too.

Rex goes home, tells Adriana what happened with Todd, that although he planned to tell Todd everything, Todd's actions made him realize that Tommy is better off with Michael and Marcie. Adriana tells Rex she'll stand by whatever decision he makes.

Todd asks Blair how her testimony at Spencer's trial went, and Blair says she couldn't go through with it. She admits that she's afraid the brain tumor is coming back Todd says she needs to be tested.

Michael shows up at the hospital, asking Natalie what's going on. Natalie says, "John didn't die in that car crash" Michael flips out, says the man in the bed is Hugh. However, Natalie tells him it's John! Michael thinks that Natalie needs counseling, so Natalie goes further to tell him what she knows. She makes Michael look in the room, says that the man in there is John. Michael begins to cry

Next on One Life to Live: Michael finds it hard to deal with Natalie's beliefs regarding John, Blair tries to put Todd and Starr's relationship back on track and Jessica continues to show traits of Tess... 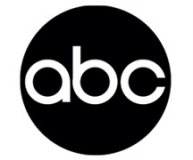 One Life To Live is pre-empted!

How Could It Be?