Nash has something important to tell Jessica, Evangeline warns Todd and Blair about badmouthing Spencer through their newspaper and Cris worries that Nash will lose it at the wedding 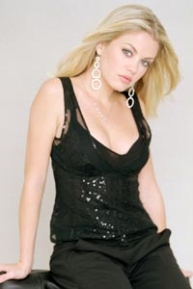 At Capricorn, Nash expresses to Jessica that he has something very important to say to her, that he may never get another chance to tell her That all he can think about lately is Tess. He tells her he really understands D.I.D. now, but he's confused about her 'Tess' feelings. He asks Jessica if she's still having flashbacks about Tess, about her feelings. Jessica says no Nash stands up, tells her to be happy, to have the wedding of her dreams. Nash thinks that Tess would want that for her, says that he wants that for Jessica. Nash leaves her table as Claudia watches

Cris asks Antonio if he's nervous about the wedding, questions whether Nash will be able to handle the wedding. When Cris mentions a bachelor party, Antonio flat out refuses one. Nash joins them, and Antonio asks where Jessica went. Nash says she went to see Kelly's baby. Nash leaves.

Claudia tells Antonio that Nash borrowed money from Vincent in hopes that Antonio will convince him to take money from her.

David rants to Spencer about going crazy at Asa's house, about not being a Buchanan. David questions why their mother would lie about Asa being Spencer's son. Spencer recants their mother's confession, says she begged Spencer to destroy Asa for turning his back on his own son. David calls their mother a tramp, and Spencer is furious. He comments that their mother always put David above him, that David better never talk about her that way again! David tells Spencer that his only way out of jail is if they execute him. However, Spencer peers at David, says, "If you believe that, you don't know me at all."

Kelly, Kevin and Dorian look in on baby Zane. Kelly wants the baby's last name to be a Buchanan. Clint and Vicki join them, agree that Zane should be Buchanan. Clint and Vicki give them the news that Spencer is not a Buchanan. Natalie shows up, wishing she could share the news with John. After a while, Clint, Vicki, and Natalie leave Dorian wants to stay and help Kelly and Kevin, but they ask her to go home, too.

Evangeline looks at her computer screen. As Blair and Todd walk in, she tells them that they just fixed it so Spencer will be able to go free. She questions why they wrote a slandering article about Spencer, says that Spencer's lawyer will claim that he can't get a fair trial in Llanview because of Todd's public bashing. Evangeline begs them to stop it! Todd doesn't take Evangeline seriously, tells her to do what she has to do to make sure Spencer pays. Todd leaves. Blair's jealousy comes out. She tells Evangeline that she hates how Todd comes on to Evangeline in front of her!

Antonio goes to the vineyard, offers to pay off Nash's loan with Vincent. Nash agrees and decides owing Antonio is better than owing Vincent. When Nash comments that Antonio may change his mind once he sees how much he owes Vincent, Antonio says he's too happy to care, that he's marrying the woman of his dreams tomorrow. Nash looks to Antonio, says, "She was the woman of my dreams, too."

Evangeline and Cris share a drink. They talk about Jessica and Antonio getting married tomorrow.

Natalie and Jessie run into Claudia at Capricorn. Claudia tells Natalie that she was sorry to hear about John, tells Jessica that Antonio left the bar.

Clint and Vicki show up at Capricorn and join Jessica and Natalie. Cris comes over, pulls Clint away. When Jessica comments on wanting to go home to bed, Vicki says she can't let her do that.

Antonio goes back to Capricorn, and Clint and Cris tell him to call Nash. Clint says he just talked to him, says that Nash didn't sound like himself. Antonio calls Nash, but he doesn't answer.

While waiting to talk to Todd, Rex and Adriana use Todd's computer. Rex finds something When Todd and Blair come in, Rex tells him that the odds of finding Todd's baby just got a lot slimmer. Rex says he was looking up the lawyer that arranged the placement of Todd's baby for Spencer He tells Todd the lawyer is dead, that all of his records were destroyed in the tornado. Todd starts trashing his office, says that Spencer is going to pay!

Next on One Life to Live: The man beneath the bandages speaks to David, Vicki questions if Jessica is ready for her wedding, Rex finds another way to locate Todd's son and a fire erupts at Nash's vineyard 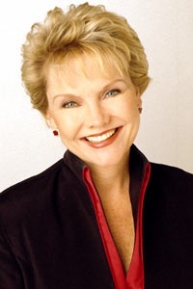 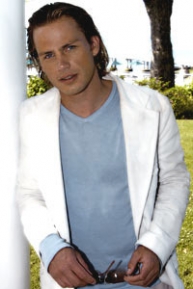