Nelly Furtado rocks Capricorn as she dances with Antonio!

In the storage room at Capricorn, the arsonist places a gallon of turpentine in a corner

Natalie goes to John's office and says, "You think Michael killed Spencer." Although John doesn't admit to it, Natalie reminds him of how much Michael hated Spencer, then tells him that Michael begged her to make John back off the case. When John refuses to 'ignore' the case, Natalie accuses him of ignoring her and says, "I'm tired of it!" After Natalie leaves, John calls Bo and says there's something he needs to tell him.

Awakened by a knock on her door, Evangeline answers it and sees Todd. She shuts the door on him and says she doesn't want to talk about what happened. However, Todd says if they don't talk about it, they'll lose 'each other.' Through the door, Todd says he can't lose the best friend he ever had. "Let me be your friend," Todd says and Evangeline opens the door. "I told Cris that we kissed, then he broke my heart." Todd degrades Cris for his reaction when Evangeline was just trying to be honest with him. "He's treating you like dirt." However, she blames herself and accuses Todd of always egging Cris on. In an attempt to make her smile, Todd turns on his comical charm. When Evangeline puts in a romantic old movie, Todd tries to take the remote away from her and the two land on the floor: Evangeline on top of Todd!

While Antonio and Nash are preparing for their big night at Capricorn, an old friend of Antonio's, Nelly Furtado, walks in. Antonio immediately takes her in his arms! After the introductions, Nash leaves the two old friends alone. They spend some time 'catching up,' talking about their lives, then Nash informs Antonio that the line outside is getting very long. Antonio directs Nelly to head out the stage door so she can get to her bus to prepare for the big event.

With Capricorn quickly filling up, Jessica and Miles arrive. After Antonio says hello, Jessica pulls Cris into the storage room - as the arsonist makes a quick exit - undetected! Cris tells Jessica about Evangeline's deception, then reminds Jessica that 'her' deception will come out. Not wanting to hurt his brother, Cris agrees to keep quiet, but leaves her with one last piece of advice, "You better think long and hard about what your marriage means to you..."

On his first night out, Miles asks Blair if he can buy her a drink. "Sure," Blair agrees. Although Miles offers to be a sounding board for a clearly distraught Blair, she declines.

When Michael arrives home, he's shocked to hear that Starr is going to watch Tommy. "No, she's not," Michael tells Marcie, leaving Starr to wonder why. As Marcie insists that they get out, Starr promises to watch over Tommy. Marcie finally manages to get Michael out the door. Just then, Starr gets a text message from Cole and tells him to bring a pizza in five minutes!

After Cole gets to Michael and Marcie's, he helps Starr get Tommy to sleep by reciting some poetry that his dad taught him, then they watch a movie and makeout on the couch. 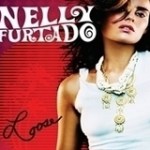 At Capricorn, Cris sits at the bar getting wasted When Michael and Marcie arrive, Marcie questions why Michael is so uptight just as Nelly takes the stage to sing her new hot single: "Say It Right." The crowd goes wild! At the bar, Antonio tells Nash to get some more supplies from 'out back.'

At the bar, Blair runs into Marty and warns her to get her drug addicted son away from her daughter, then goes out for some air! Marty shakes her head, then sees Miles who tells her about the niece he found in Llanview. Antonio briefly interrupts looking for Jessica.

Cris goes outside and joins Blair. When he asks Blair if she thinks Todd and Evangeline are having fun, Blair says that Todd doesn't know how. "Well," Cris walks in close. "Then why don't we show them how." Cris takes Blair in a hot, steamy kiss! Afterwards, Blair tells Cris that she's not the 'rebound type,' then reminds him that his heart is with Evangeline.

Alone in storage room, Jessica listens to Nelly sing as she admits to herself, "Cris is right, no more lies." When Nash enters the room and tells Jessica that Antonio's looking for her, Jessica walks up to Nash and slaps him across the face for opening his big mouth! "Cris knows and he's threatening to tell Antonio." Just as Jessica heads to the door, stating that she's going to tell Antonio herself, Nash kicks the door shut and says, "Not until we hash this out." Tensions high, not able to hold back, Nash and Jessica submit to a passionate kiss!

Nelly performs another hit, "Promiscuous Girl," and pulls Antonio up on the dance floor as Nash and Jessica give in to desire in the storage room - Nobody realizes that the arsonist has lit a match and is about to torch Capricorn!

Antonio realizes that his club is on fire!

A Blaze In The Night!