Evangeline confesses to Cris that she and Todd shared a passionate kiss!

At Evangeline's, when Jessica calls Cris and begs him not to tell Antonio, Evangeline overhears how angry Cris is and thinks back on the kiss with Todd. After Jessica hangs up, Cris tells Evangeline about Jessica and Nash's deception. Just then, Evangeline says, "There's something I have to tell you. Todd and I kissed yesterday." When Evangeline's cell rings, Cris picks it up and says, "It's for you." He shows Evangeline that Todd is calling! Although Evangeline tries to explain that the kiss wasn't romantic, Cris flips out and says, "We are a lie! And I don't want any part of it! You wouldn't have let him kiss you if you didn't want him!" Cris storms out

After Jessica hangs up with Cris, Antonio joins her in the loft. Suddenly, there's a knock on the door. When Antonio sees that it's Miles, he tells him to leave! However, Jessica stops Antonio and Miles tells Antonio his 'story.' "Your wife, she's my only blood relative." Miles explains that he stopped by to see if it was okay to go meet Jessica's mother. Although he's leery, Antonio agrees to give Miles a chance. After Jessica goes to get ready, Antonio warns Miles that he better not take advantage of Jessica.

At Llanfair, Todd shows Viki his son's death certificate. Viki is devastated for Todd as he talks about the bad memories of Margaret, finding out she was pregnant and Blair's miscarriage. Suddenly, Jessica shows up and introduces Miles to Viki, "This is Miles Laurence." Todd is the first to be stunned - with a comical laugh - and Viki is speechless. After the initial shock, when Viki tells Miles that Mitch destroyed her life, he assures her that he's nothing like his brother. Viki agrees to keep and open mind. Jessica and Miles leave to head to Capricorn to see Nelly Furtado perform.

When Natalie meets Michael at the diner, he begs her to get John to back off Spencer's murder investigation. Michael slips and says that Spencer's case could ruin his whole family. "Are you talking about Tommy?" Natalie asks. "How can the case hurt him?" Michael deters her question and says that he needs 'this thing' to go away! However, Natalie says if she tries to do this for Michael, she'll end up pushing John away for good.

John arrives at his therapist's office to hear that he's out of town. As John goes to leave, Marty steps out of the office and informs John that she's covering for Dr. Crosby. Although he doesn't want to, at Marty's persuasion, John goes into the office. Suddenly, anxiety takes over and John blurts out that he thinks that Michael murdered Spencer! Surprisingly, John opens up to Marty and goes on to say that Michael may have thought that John was going to kill Spencer. "I got this bad feeling that Michael killed him for me." Marty asks, "If you're right, what are you going to do?" John knows he has two responsibilities: one to his brother and one to the law. John leaves Marty's office

Cole arrives at Marty's and tries to convince his mom to go to Capricorn to watch Nelly Furtado sing and to have some fun. With a little doing, Cole convinces her to go. However, Marty warns Cole to behave when she's gone. After she leaves, Cole calls Starr and they make plans to meet!

Blair arrives at Capricorn and tells Nash she's looking for a job. "I have a dream to sing" At her instruction, Nash sits as Blair auditions. As she's singing a love ballad - "Don't Want to Love You Anymore," Cris walks into Capricorn and eyes Nash. Antonio comes in shortly after and Nash decides that he's going to give Blair a job singing! Cris can't hold in his anger and blurts out to Antonio that Todd Manning kissed Evangeline! Blair turns her attention away from Nash and looks at Cris.

When they're alone, Antonio tries to calm Cris down. However, Cris says, "If Jessica kissed another guy, what would you do?"

Outside of Capricorn, the arsonist burns a flyer announcing Nelly Furtado's appearance at Capricorn 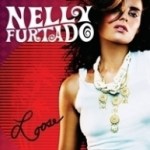 Nelly Furtado rocks Capricorn as she dances with Antonio!