Todd tells Bo that he was with Addie at St. Ann's during the murder,Blair is caught trying to leave Llanview Hospital, Rex assures Michael that their secret about Tommy's paternity will remain safe, and John wants control of Spencer's murder case...

Outside Bo's office, when Natalie questions Officer Talia about the forensics report from Spencer's crime scene, she doesn't respond. As Natalie persists with more questions, Officer Talia tells her that they didn't find any substantial evidence at the crime scene.

At the diner, Nora and Marcie talk about how Rex isn't cooperating with police. "Could he be covering for someone?" Marcie asks. Nora assures Marcie that Rex hasn't been arrested and that the police know that a million people wanted Spencer dead. "Like Michael," Nora says. Marcie shoots up in anger and defends Michael to the hilt! "If Michael wanted to kill him, he would've done it on the operating table!" Nora apologizes and Marcie accepts.

At John's, Evangeline tells John that she wants to talk to him about Spencer. "You think I killed him?" However, Evangeline says no and expresses that he could never make it to the hospital on his own. John thinks back at being with Michael at Memorial. John gets a call from Natalie saying that the police haven't found anything at the murder scene. "Which means that so far whoever killed Spencer, is in the clear," Natalie explains.

After John hangs up, he and Evangeline talk about Cris' arson case and John's relationship with Natalie. Abruptly, Evangeline gets a call from Nora and leaves to meet her at the diner Alone in his room, John appears filled with worry.

In Bo's office, Todd says that whoever killed Spencer is a hero and should get away with it! When asked if he has an alibi for the time of Spencer's murder, Todd claims that he was with a woman and didn't want Blair to know about it. "Addie Cramer, Blair's mother." Bo accuses Todd of using Addie's confusion and instructs Antonio and Officer Talia to go to St. Anne's and question her.

"Are you going arrest me?" Todd asks. Bo asks for Todd to be straight with him. "Did you kill Spencer Truman?" After Todd says no, Bo lets him go.

At the hospital, Dorian tries to calm Blair down as she gets out of her bed demanding to go home. Noticing Dorian's nervousness, Blair asks her if she murdered Spencer! However, Dorian says that she would take the credit if she did, then they go on to talk about the possible suspects. When Blair doesn't want talk anymore, she asks Dorian to leave After she does, Blair gets a call from St. Anne's saying that the police were there questioning Addie. "Sister, I'll be right there," Blair says.

In the jail, Rex tells Michael that Spencer is dead and that their secret will go with Spencer to the grave. When Michael asks, "What exactly did you see, Rex?" Rex assures Michael that nobody is going to find out what happened in that hospital room and that their secret about Tommy is now safe. "How do I live in peace carrying this secret around, knowing that a man had to die in order for Marcie and I to keep our son?" "Find a way!" Rex says. "We have done too much that can't be undone." "I'll never be able to thank you for this, Rex." "We did this for Tommy. What's done is done," Rex responds.

Just then, Natalie bursts in. "Please tell me that you had nothing to do with Spencer's murder," she says. Before Rex can answer, Michael interjects, "He didn't. I know that for a fact." Michael leaves.

When Natalie explains that she knows that Rex didn't kill Spencer, Rex says, "Do you think that John killed him?" Natalie says no and that John was at home the whole night, then leaves to help get Rex out of the mess. Rex whispers to himself, "You're right, Nattie, John didn't kill Spencer." Rex thinks back on his conversation with Michael and says, "Spencer had to die. There wasn't any other choice."

As Michael's leaving the station, he runs into Marcie. "I thought you were going to the hospital?" Michael tells her that he wanted to stop by and give Rex support, then leaves

At St. Anne's, Antonio looks over the visitor's log and notices that Todd's name isn't on it. When Todd shows up, Antonio claims that he came to try to confuse Addie into giving him an alibi! Just as Addie comes in, Blair arrives at St. Anne's! "I'm here to make sure that my mother isn't being harassed!"

Just as Natalie asks Bo to release Rex, John busts into his office and demands to come back to work and head up the Truman case! 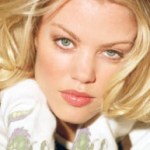 Natalie is faced with a disturbing question about John.

Jessica makes a confession to Marty.

Blair tells Todd something he's not prepared to hear.

What's A Girl To Do?