One Life to Live Alumni Daphnee Duplaix In All-American Girls! 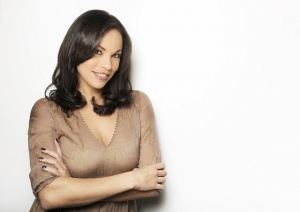 A first for Daphnee!

Though not many details are available surrounding the production former One Life to Live actress Daphnee Duplaix (ex-Rachel Gannon) will be making her Off-Broadway debut in “All-American Girls!” The production will preview from August 5 through 19, followed by a six week official run starting on August 25 at The Actors Temple at 339 West 47th Street in New York City, New York.

Do you enjoy on and off Broadway productions?

Soaps.com wishes Daphnee the best with her new project! Do you want the chance to meet the actress? Find out where you can through Daphnee Duplaix's Comic Con Schedule.

One Life to Live: Kassie DePaiva...