Soaps.com welcomes Sabine back to Daytime! Learn more about the actress through Sabine's Actor Profile. 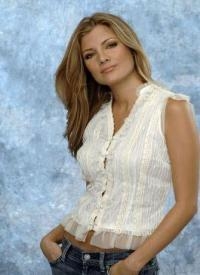 From Pine Valley to Llanview.

Sabine will first appear on June 14.

Former All My Children actress Sabine Singh, who played Greenlee Smythe from 2007 to 2008, has been cast in the recurring role of Wendy! Her fan site rep reported Sabine’s character is said to be a hooker who will have scenes with David Vickers (Tuc Watkins).

Since leaving her Daytime role in 2008 Sabine appeared in Law & Order: Criminal Intent as Amy Townsend in 2009. We will keep you posted on her first airdate through our One Life to Live Comings and Goings.

One Life to Live Saturday Teaser Poll: David Gets Frisky!

One Life to Live Video Promo: Starr Meets A Stranger!