A One Life to Live Spin-off? (UPDATED!) 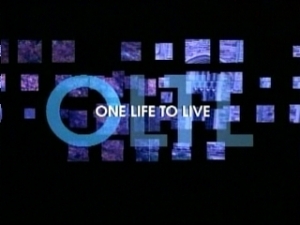 Wow, it’s almost been a year since we reported news that the show was thinking about joining General Hospital in ‘spin-off’ land on SOAPnet. Although nothing more was ever mentioned, word has it that an interest and talk surrounding a One Life to Live spin-off has started to surface again! President Brian Frons (ABC Daytime) apparently has met with a crew over at SoapNet to discuss the possibility! This would be awesome news for One Lifer fans, so you bet Soaps.com will keep you posted should we hear anymore details on what could be a brilliant follow-up to GH: Night Shift!

With high ratings and good reception of General Hospital’s Night Shift, which premiered exclusively on SOAPnet back on July 12, 2007, is it possible ABC is thinking of trying their hand at a One Life to Live spin-off in Llanview, Pennsylvania?

Although ABC President Brian Frons initially claimed there was no intentions of taking fellow ABC soaps One Life to Live and All My Children to the next level, he is now rethinking his original plans and has suggested that One Life to Live may have a lot to offer in terms of a spin-off to the daytime drama!

Although GH has Port Charles and now Night Shift under its belt, the idea of a spin-off for OLTL has never been executed before!

Soaps.com will keep fans posted if or when further details develop in this exciting news story! Although Llanview has its hands full with all the drama surrounding the Buchanan’s, Lord’s, Manning’s, McBain’s and all the other intertwined families in town, adding a nightly spin to the soap could only leave the fans wanting more!

One Life To Live: More Returns For...