One Life to Live: Sean Ringgold In Smurfs! 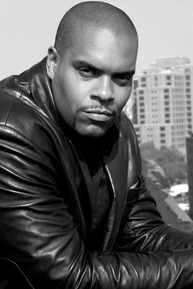 Soaps.com is excited to pass along the news to not only fans who grew up watching the cartoon “Smurfs” but for those who have children who still catch the reruns on Saturday and Sunday mornings. One Life to Live’s very own Sean Ringgold (Shaun Evans) has been cast in the movie as Bubba!

Filming started on March 26 and the film will be released on July 29, 2011. Others actors taking part in the film include Neil Patrick Harris as Johan, Katy Perry as the voice of Smurfette, Hank Azaria as Gargamel and “Pee Wee Herman’s Playhouse’s” Paul Reubens as the voice of Jokey Smurf, just to name a few!

“Day one Shooting the Movie ” SMURFS” Playing the Role of BUBBA. Very Excited to be working with Hank AZARIA. I think all the kids will get a good laugh. I have to thank all my supportive FaceBook Family who always show love. You have no idea how much your words inspire me to keep pushing Forward. Bless You All,” Sean expressed on his Facebook.

One Life to Live: Scott Evans on Law...

One Life to Live's Mellini Kantayya...