Soaps.com congratulates Bree, Brian and Scott on their Emmy Nominations! We also send our best to those who were included in the prior One Life to Live Daytime Emmy Pre-Nominations. You're all still stars in our eyes! Stay tuned, as June 27 will bring us the award show live on CBS. For a look at all of the Daytime nominees please visit 37th Annual Daytime Emmy Awards Nominees Announced! 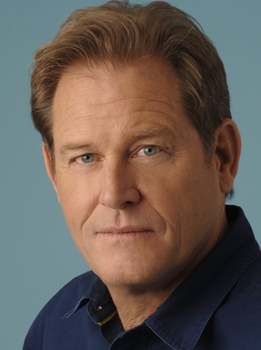 Llanview got some nods!

Soaps.com is excited to report that some One Life to Live actors have been nominated in the final Emmy round!

Bree Williamson was nominated in the Outstanding Supporting Actress category for her role as Jessica Buchanan. She also pulled doubly duty as Jessica’s alter ego Tess. Bree brought viewers to their feet through her emotional and sometimes scary scenes. These characters both separate and as one would have been a challenge for any actor to execute but Bree did it like no other!

Brian Kerwin was nominated for Outstanding Supporting Actor for his role as Charlie Banks. In 2009, Charlie dealt with numerous struggles but proved to be someone his wife Victoria Banks (Erika Slezak) could depend on. We also watched as his character reconnected with his son Jared Banks (John Brotherton). Brian has proven to be a remarkable addition to the cast and we couldn’t be happier for him!

Scott Clifton was nominated for Outstanding Younger Actor for his role as Schuyler Joplin. The actor led us on a journey from dealing with being a recovering addict who was forced to face his part in his mother’s death to taking on Stacy Morasco (Crystal Hunt) and falling in love with her sister Gigi Morasco (Farah Fath). Though we still miss Scott, who exited the show earlier this year, we are extremely excited that he was honored as a nominee!

Be sure to check out the One Life to Live Technical Nominations as well. There’s a lot of them!

Vote! Soaps.com's Fourth Annual Sudzies for One Life to Live!