Former One Life to Live’s Nathaniel Marston: Walk A Mile In My Pradas! (UPDATED!) 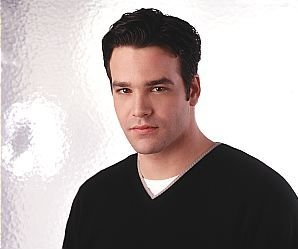 Getting reading for the big screen!

Also, please visit the NY Post to watch the trailer and vote for the film in their “Best Film Trailer Competition.”

Former One Life to Live actor Nathaniel Marston (ex-Michael McBain) is currently shooting scenes for a new film titled “Walk A Mile In My Pradas.” The comedy surrounds two co-workers who find, through a bit of Christmas magic, that their different sexual orientations have been switched! Nathaniel will play the lead role of Tony.

Just for fun let's take a look back at Nathaniel's time in Llanview in a scene with his onscreen brother John McBain (Michael Easton).

Soaps.com congratulates Nathaniel on his new project! If you'd like to meet the actor find out how through Nathaniel Marston's 6th Annual Fan Club Event.