Ex-One Life to Live’s Renee Elise Goldsberry Back To The Good Wife. (Updated.) 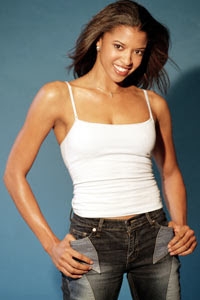 Headed back to Primetime…

It looks as though Renee will be heading back to “The Good Wife” in what’s said to be a very busy episode for her character, Geneva Pine. Tune in on February 19!

Look for Renee to return to the CBS drama at 9.00 PM on Sunday October 23 as Geneva Pine. Please check your local listings.

Renee will again appear back on “The Good Wife” in tonight’s episode at 10.00 PM on CBS.

If you’d like to find out what new project Renee’s former onscreen sister is involved in check out Tika Sumpter Joins Gossip Girl. We invite you to join Soaps.com on Twitter @soapoperafan and “like” Soaps.com on Facebook to dish on One Life to Live, all the other soap operas, Glee, Grey’s Anatomy and Vampire Diaries!

Former “One Life to Live” actress Renee Elise Goldsberry (ex-Evangeline Williamson) will be making another guest appearance on CBS’ “The Good Wife.” Renee can be seen on the Tuesday May 18 episode titled “Hybristophilia.” She was last seen on the popular drama series back on January 12.

One Life To Live Poll: Favorite...

One Life To Live Poll: Favorite...