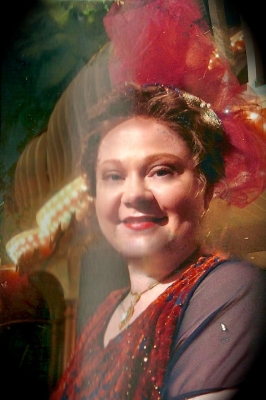 Songs that Kathy will be singing include “Some Of These Days,” “After You Get What You Want (You Don’t Want It)” and “Don’t Put a Tax On the Beautiful Girls.” Be sure to check your local and online retailers on the release date.

Kathy will make her debut on the new HBO series on November 14.

She may have left Daytime behind but former One Life to Live actress Kathy Brier (ex-Marcie McBain) will be appearing in a new HBO series titled “Boardwalk Empire” in the role of legendary singer Sophie Tucker!

The series will take place in Atlantic City during the beginning of the Prohibition. Aside from her new role, Kathy plans to put together a songbook to include many of Sophie’s classics and perform in New York City around the time her character debuts.

Please take a moment to vote in our poll, and let Soaps.com know if you plan to add “Boardwalk Empire” to your watch list.

Soaps.com congratulates Kathy on her new role! If you missed our past interview with the actress, please visit Kathy Brier Talks To Soaps.com!.

If you missed all of the Emmy excitement last night check out the winner through Soaps.com's Live Blogging 38th Daytime Emmy Awards.

‘The Bachelor’: Shanae Accuses Elizabeth Of ‘Bullying’ Her & Being ‘Toxic’ In The House