One Life to Live’s Terrell Tilford To Army Wives! 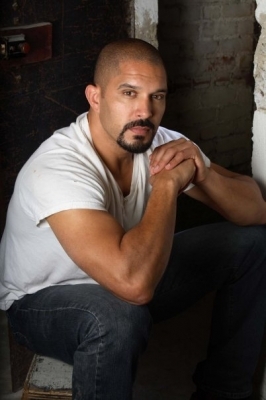 He may have his hands full in Llanview right now, with everything surrounding the Rachel (Daphnee Duplaix) and Schuyler (Scott Clifton) mess, but actor Terrell Tilford (Greg Evans) currently has a new project in the works!

Though Terrell couldn’t give away any of the details just yet, he did confirm to Soaps.com that he’ll be guest-starring on an episode of the My Lifetime series “Army Wives!” The shoot is taking place in South Carolina, and Terrell stated, “Can’t really discuss the script, but this is also just a small role that may recur later… There was a lot more to the role, but with each revision (6 now), they’ve cut everything down.” The producers knew Terrell from his various Primetime roles, as well as from auditioning for the pilot, so we hope to see him in future episodes to come.

Soaps.com will keep our readers updated once Terrell’s able to reveal the episode details and its airdate. Are you a fan of “Army Wives?” If you missed our interview with Terrell please check out it: Terrell Tilford Chats With Soaps.com!

One Life to Live: Goodbye To Kyle...