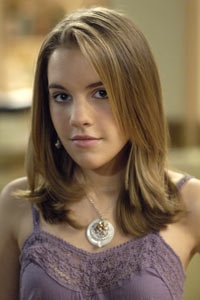 Although One Life to Live originally planned to run, and had already filmed back in March, a high school hostage storyline involving such characters as Henry, Starr, Cole, Langston and Britney, with much debate, ABC has decided to pull the story from any upcoming shows.

“In light of the recent tragic events, ABC Daytime has pulled the story that affected 17 different episodes and is working to re-write, re-tape, re-edit and entirely re-work the show in order to deal with this story in the most sensitive way possible.” – ABC network

Given the latest heartache at Virginia Tech, ABC should be commended for going to such lengths as to rewrite the show's direction out of respect to those loved and lost. One Life to Live Executive Producer Frank Valentini goes on to say...

"Out of respect to those affected by this devastating tragedy, especially the families, I felt that it was important to remove this storyline from our show."

The original scenario, previously scheduled to air on May 4, 2007, surrounded Llanview's new high school clan and had portrayed Henry as a disgruntled castoff from the rest of the popular crowd. While it is said that Henry would end up holding his classmates at gunpoint, had the episodes aired, he would've been stopped before any further disasters resulted from the desperate act of being rejected from his obsession: Britney Jennings.

Nevertheless, Soaps.com is happy to hear that One Life to Life and ABC has pulled together to show everyone around the world what a true class act they really are and have always been!