One Life To Live: One Life, Many Voices Piano Donations. (UPDATED!) 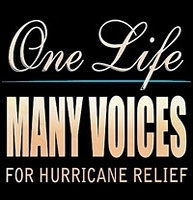 For a good cause…

It’s been five years since the “One Life, Many Voices” CD has been used to raise money for Hurricane Katrina relief, and Llanview actress Robin Strasser (Dorian Lord Vickers) is proud to pass along news that 100% of every dollar raised fulfilled their mission, which included donations of upright pianos, 4,300 wooden baroque recorders to public schools, and scholarships to the Louis Armstrong Jazz Camp and the New Orleans Center for Creative Arts (NOCCA).

The organization’s last two donations were a cash gift to the VH1 Save the Music Foundation (designated for Katrina-affected areas) and a Yamaha Grand Piano, adorned with a brass plaque honoring the life of Phil Carey, which was donated to the Hattiesburg Saenger Theatre in Hattiesburg, Mississippi.

Back in 2006, fans may remember when the cast from One Life to Live released their One Life, Many Voices CD for hurricane relief. Now, through the gift of music, the CD is still bringing many joy…

Students in Southern Mississippi, from West Marion Primary School in Foxworth, Bay High School in Bay St. Louis and the Boys and Girls Club in Pass Christian, will receive donations in the form of three upright Yamaha pianos and the Le Petit Theatre in New Orleans will benefit from a grand piano, in memory of Phil Carey (ex-Asa Buchanan) courtesy of the One Life, Many Voices Foundation.

Though the CD can no longer be purchased through regular channels, Robin Strasser (Dorian Lord), producer and project coordinator, states, “With an official letter establishing the not-for-profit status of a religious group, school, service organization or other 501(c)(3) organization, ‘One Life, Many Voices’ will be proud to supply CDs, free of charge, to use as fundraisers for local efforts.”

Soaps.com commends everyone involved in this ongoing project for everything that it stands for! To learn more about the contents of the CD, and which actors sang what, visit One Life, Many Voices.