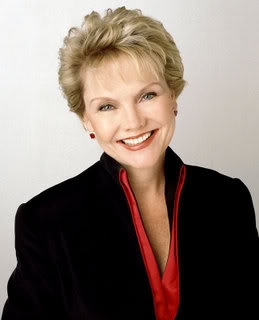 Today we got our first look at the 37th Annual Daytime Emmy Pre-Nominees, and Soaps.com was excited to see some One Life to Live actors make the cut!

Outstanding Lead Actor Pre-Nominees: Jerry ver Dorn (Clint Buchanan) and Robert S. Woods (Bo Buchanan). The actors’ storylines were closely intertwined in 2009 and began well before Matthew Buchanan’s (Eddie Alderson) accident. We watched the drama unfold as Clint and Bo struggled through issues of being in love with the same woman – and Bo ultimately taking back his ex, Nora (Hillary B. Smith), from his brother Clint.

Outstanding Lead Actress Pre-Nominees: Erika Slezak (Viki Banks) and Hillary B. Smith (Nora Buchanan). While Hillary was a part of the triangle mentioned above, Erika had an emotional storyline last year – one she’s been involved in in the past. We watched as Viki tried to hold together her family, save her daughter Jessica, who was suffering from D.I.D., while giving her all to her husband Charlie Banks (Brian Kerwin). One thing we can say about Erika and Hillary’s characters, they’re two of Llanview’s greatest moms!

Outstanding Supporting Actor Pre-Nominees: Mark Lawson (Brody Lovett), Brian Kerwin (Charlie Banks) and Brett Claywell (Kyle Lewis). Talk about a great group of actors! Charlie Banks was a big character in 2009 and proved to be a man Viki (Erika Slezak) could always depend on. Brody not only survived his mental breakdown but ended up falling in love with the woman of his dreams, Jessica (Bree Williamson), who he helped overcome her own emotional problems. Kyle played a huge part in the gay storyline surrounding Oliver Fish (Scott Evans), his college sweetheart, and convinced him that together their love could conquer all.

Outstanding Supporting Actress Pre-Nominees: Ilene Kirsten (Roxanne Balsom) and Bree Williamson (Jessica Brennan). Bree pulled double duty again last year, playing both Jessica and Tess. The characters brought us to tears, and even made us laugh a few times, but put together Tessica was a huge obstacle for many in Llanview. Ilene's Roxy always gives viewers a good laugh. Though the character is known for her ditsy one-liners, we can't deny how much she has evolved into a person who truely cares for those she loves.

Outstanding Younger Actress Pre-Nominees: Crystal Hunt (Stacy Morasco) and Farah Fath (Gigi Morasco). The Morasco sisters kept us on our toes. Since the day Stacy blew into Llanview, she caused nothing but trouble for her estranged sister, Gigi. Lies upon lies are what come to mind when thinking back on their tug-of-war over Rex Blasom (John-Paul Lavoisier) storyline.

Outstanding Younger Actor Pre-Nominees: Scott Clifton (Schuyler Joplin) and Scott Evans (Oliver Fish). While Schuyler bounced between the Morasco sisters for most of 2009, he always managed to be a friend to both - but on different levels. Oliver fought a deeper demon... his sexuality. When not at the police station, he was in the closet, but in the end he stood up for his beliefs and showed Llanview just who he was - proud to be a gay man!

Stay tuned, as we'll be bringing you the final nomination list when it's released in April! Until then, Soaps.com sends all of the actors the best of luck in the next voting stage. If you'd like to view the pre-nominations list in its entirety, please visit our Coverage section!