However, fans have wondered when the show will actually tape its first scene in its new home. Though Terrell didn't give us an exact date, Soaps.com has learned that on February 16, actors will begin taping their upcoming scenes at 320 West 66th street in New York City, New York. Since the show tapes scenes a few months in advance, we can only assume we'll be seeing them air close to summer.

Soaps.com wishes the cast and crew a smooth move! To read more about what Terrell told us regarding the move, and the future of the show, please visit Terrell Tilford Chats With Soaps.com! 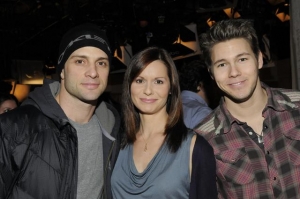 Here’s some photos of the cast, who are now settled into their new home at the One Life to Live studios at 320 West 66th street in New York City, NY!

By now most are aware of the upcoming studio change for One Life to Live. Last week Terrell Tilford (Greg Evans) told Soaps.com that the cast and crew would be making the move in a couple of weeks explaining, “The new studio will be 30% larger, freshly painted, better cameras and there’ll be enough dressing rooms to go around for everyone. I’ll have to travel a few more blocks down the hill, but I’d rather be trudging through the snow than walking into the unemployment line. I have a feeling a lot more actors will be looking for new bikes. That’s what we’ll be asking the studio for, a new bike rack.”

One Life to Live Video Clip: Get To Know Scott Clifton!

One Life to Live Video Clip: Snoop Dogg Behind The Scenes! (UPDATED!) 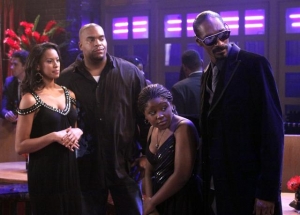